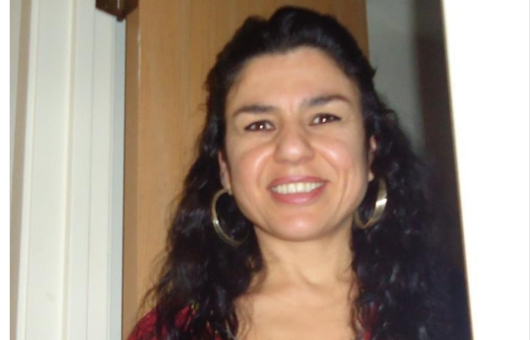 By Weam Namou, Special for  USDR

Weam Namou was a child when she and her family fled Iraq because of Iraq’s totalitarian government. “We came here for America’s freedoms,” she says. But as much as she loves her adopted country, the award-winning author and documentarian now worries that the very freedoms that attracted her family to America are slipping  away.

It is that fear and the need for Americans to pay more attention to their liberties that led Namou to write her latest book, The Great American Family: A Story of Political Disenchantment. Although the book tells the story of Dawn Hanna, who in 2009 was accused of conspiring to broker telecommunication equipment to Iraq during the sanctions, it is much wider in scope. Hanna was sentenced to six years in prison, which she served. But unbeknownst to her and the jury which tried her, her co-conspirator was actually a CIA operative. Namou says the project was sponsored by the United States to listen in on Saddam and his  men.

Namou can talk about the implications of Hanna’s case as well  as:

Born in Bagdad, Weam Namou is an Iraqi American author, filmmaker and journalist. She is the award-winning author of nine books, the co-founder and president of IAA (Iraqi Artists Association), and has given lectures, workshops and poetry readings at numerous cultural and educational institutions. A graduate of Wayne State University, Namou has been a guest on more than a dozen radio talk shows. Her new documentary, also called “The Great American Family,” is expected later this year. To watch a trailer for the film, visit http://www.thegreatamericanfamilydocumentary.com/#!trailer/c24do