Nearly half of Americans (49%) do not have enough emergency savings to cover three months’ expenses, up from 46% last year at this time, according to new research released today by Bankrate.com (NYSE: RATE). Twenty-eight percent have no emergency savings (up from 24% last year). The generally recommended cushion is six months’ expenses, and only 25% of Americans have saved that much (compared with 24% last year). 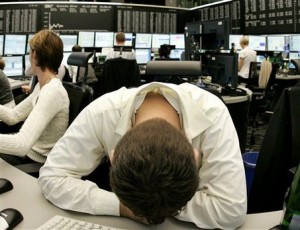 A similar Bankrate.com poll that was taken in 2006 found that, at the time, a whopping 61% of Americans failed to have enough emergency savings to cover three months’ expenses. “While we’ve seen some improvement since then, the bottom line is that much more progress is needed,” said Greg McBride, CFA, senior financial analyst for Bankrate.com. “Having sufficient emergency savings is critical to avoiding high-cost credit card debt when unexpected expenses arise.”

Bankrate.com also released its June 2012 Financial Security Index results today. The index held steady at 100.8. Readings greater than 100 indicate improved financial security over one year ago; this is only the second time since polling began in Dec. 2010 that Americans are feeling greater financial security than 12 months prior.

There were two noteworthy improvements over the past month:

The stock market correction that began in May has minimally affected how Americans feel about their net worth, with the reading virtually unchanged from last month. Twenty-six percent report higher net worth than this time last year, down a tick from 27% in May, while 51% report the same net worth as last year, up a tick from 50% in May.

The new survey was conducted by Princeton Survey Research Associates International (PSRAI) and can be seen in its entirety here: http://www.bankrate.com/finance/consumer-index/financial-security-charts-0612.aspx.