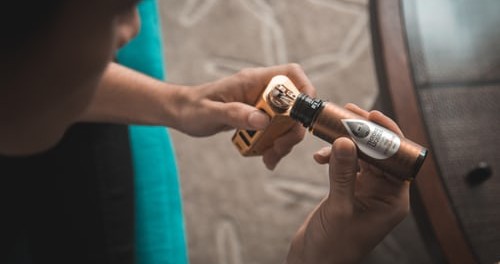 In recent months, a mysterious lung illness has caused great fear in the vaping community. More than 1,000 people in the United States have been sickened by the disease, which appears to be caused by the use of Vitamin E acetate as a diluent in THC vaping cartridges produced for illegal distribution. Although no connection has been found between the lung disease and commercial nicotine e-liquids produced for distribution in stores and vape shops, it’s still not a bad idea if you’re a nicotine e-liquid user to pause and take a closer look at what your vape juice contains.

USA-Made E-Liquids Have Not Changed Since 2016

When examining the potential impact that the vaping lung illness could have on your life, there are two important things that you should remember. The first thing to remember is that, aside from one case in Canada, the illness has not occurred outside the United States. UK e-liquid makers like V2 Cigs are safe to use and definitely do not contain Vitamin E acetate.

With that out of the way, let’s take a closer look at the ingredients you’ll find in a bottle of e-liquid.

Propylene glycol is a thin liquid that has little smell and almost no taste apart from a slight sweetness. It’s Generally Regarded as Safe (GRAS) for use as a topical product or food additive, and it’s one of the most useful chemicals around. It’s a solvent, and it also mixes readily with other solvents such as water. It’s used in thousands of cosmetic products – and in antibacterial hand sanitizers – because it attracts and traps water to help prevent skin from drying out. Its ability to moisturize also makes it a useful addition to eyedrops.

You’ll also find propylene glycol in many foods. It’s an emulsifier and stabilizer that helps to keep water and fat from separating. It’s one reason, for example, why the cream stays mixed with the coffee in those bottled coffee drinks at the supermarket. Since propylene glycol traps moisture, it helps to prevent shelf-stable baked goods from drying out.

Another interesting property of propylene glycol is that, when heated, it forms thick clouds of visible vapor. Have you ever noticed those fog machines at clubs? How about the steam that comes out of model trains? That’s propylene glycol.

During the development of the modern electronic cigarette, inventor Hon Lik recognized that people who wanted to use e-cigarettes as smoking cessation devices needed the visual cue of “smoke” in order to make the mental association between smoking and vaping. He picked propylene glycol as the main ingredient for his e-liquid because it makes visible clouds when heated and because it’s considered safe as a food ingredient. Propylene glycol is still used in virtually all e-liquids.

Vegetable glycerin is an extremely common substance because it’s a byproduct of the soapmaking and biofuel industries. Saponification of a triglyceride with sodium hydroxide (lye) yields fatty acids – soap – and glycerin. Soap can come from both animal and vegetable sources. Tallow is also a common soapmaking ingredient, so the term “vegetable glycerin” simply refers to the fact that the glycerin is a byproduct of the saponification of vegetable oil rather than animal fat.

Compared to propylene glycol, vegetable glycerin is thicker and has a sweeter flavor. It’s actually used as a sugar-free sweetener in some foods. It also has a sweetening effect in e-liquid.

Today, most e-liquids contain blends of vegetable glycerin and propylene glycol. Those two ingredients make up the majority of any bottle of e-liquid. Vape juice makers blend the two liquids in various ratios to produce different results. If an e-liquid has more vegetable glycerin, it’ll be thicker and produce bigger vapor clouds. An e-liquid that has more propylene glycol, on the other hand, is less viscous and works better with smaller vaping devices.

People love to taste pleasant flavors when they vape, and e-liquid makers flavor their products with the same concentrated liquid flavors that food makers use. That’s why e-liquids can have flavors that so closely resemble the flavors of popular foods – because the flavoring ingredients are the same. While the safety of inhaling food flavors is unknown, some experts believe that vaping is up to 95 percent less harmful than smoking. The ingredients used to flavor e-liquids are the exact same ingredients that you’re already eating every day.

Nicotine is, of course, the key ingredient of e-liquid for those using e-cigarettes to quit smoking. The liquid nicotine that e-liquid companies use when producing their products is the same as the nicotine used to make nicotine replacement products such as patches and gums. The nicotine is usually obtained by exposing ground tobacco plant matter to a solvent such as ammonia. It’s also possible to synthesize nicotine in a laboratory, but synthetic nicotine isn’t common in e-liquid due to the cost associated with producing it. For now, it’s less expensive to get nicotine from tobacco plants. It’s likely, though, that synthetic nicotine will be an important aspect of the vaping industry in the near future. E-liquid makers around the world would love to advertise that their products contain no tobacco or tobacco derivatives.