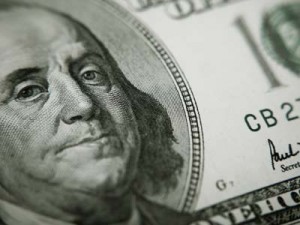 This year we get to decide whether or not President Obama deserves another term in office. Having promised to fundamentally transform America in 2008, our credit rating has been downgraded, our debt has been increased by 30%, house hold income has declined by 10%, 14 million additional Americans are on food stamps and 15 million Americans are either unemployed or under employed.  This is the state of the Union as voters decide between a system that empowers citizens to invest their money with limited government interference or a system that empowers government to dictate how and where citizens invest their money.

So far, Governor Romney has been the candidate whose business experience has come under attack as he continues to defend an ideology that supports economic freedom.  SuperPAC’S supporting Gingrich and Obama have spent ample time describing to Americans what they call ‘unacceptable capitalism’ or what most people call venture capitalism. Attacking venture capitalism as Gingrich, Obama, and Michael Moore have done begs the question: Do Americans want government to dictate to citizens how and where to invest their private capital by defining what is ‘acceptable’ in the free market of ideas and talents?  The way we respond to this question will have a large impact on our economic freedom and future.

I learned the importance of economic freedom as a teenager when our family in Kenya hired a worker from Tanzania.  Kenya and Tanzania gained independence in 1961, but by the mid 1980’s, Mary needed to find work in Kenya because she couldn’t get work in Tanzania. I learned from her stories the devastating impact of living in a country that promotes the alternative to capitalism. The President of the Republic of Tanzania, Dr. Julius Nyerere, forged a close relationship with Mao to address poverty in Tanzania. This joint vision was described in the Arusha Declaration of 1967 as follows:  “The objective of socialism in the United Republic of Tanzania is to build a society in which all members have equal rights and equal opportunities; in which all can live in peace with their neighbours without suffering or imposing injustice, being exploited, or exploiting; and in which all have a gradually increasing basic level of material welfare before any individual lives in luxury.” (Nyerere 1968: 340). This system of government is what led Mary to leave her 3 year old son with her mother in Tanzania to look for work in Kenya. There is no good alternative to capitalism and we must defend it to protect our Economic Freedom in 2012.

Having witnessed the alternative to capitalism in Tanzania, I was genuinely alarmed to hear Obama first, then Newt Gingrich, lobbying for a limited type of ‘capitalism’ whereby government or politicians define to ‘acceptable forms of capitalism’. Capitalism is the only system that has produced social mobility and equal opportunity for citizens by allowing citizens to invest their money with limited government interference. Someone invested in the talent or ideas of Tiger Woods, Steve Jobs, Will Smith, Michael Jackson, Jennifer Lopez, Oprah Winfrey, Sarah Palin, Barack Obama, and Mitt Romney in forming successful joint ventures that benefited Americans. Economic freedom creates opportunities for everyone to get rewarded for their talent and ideas. If Americans support Newt’s ideology that all capitalism isn’t equal and venture capitalism should be demonized then we should ask ourselves which segment of capitalism should government or politicians attempt to demonize or eliminate next?

While you may not be a venture capitalist, your industry may be next in a system where government or politicians define what is acceptable. For example: writing a book or producing a movie may be at risk of being limited in a system where government dictates what is ‘acceptable’ to its citizens.  Ambassador Terry Miller explains “In an economically free society, individuals are free to work, produce, consume, and invest in any way they please, with that freedom both protected by the state and unconstrained by the state.”  Jenkins in the Wall Street Journal explained Romney’s work as a venture capitalist was beneficial because “he put his talent for calm, careful analysis to work helping American businesses adapt to the onrushing challenges of globalization and technological change…What does this have to do with the presidency? Perhaps not much, but one thing he didn’t learn at Bain Capital was to twiddle his thumbs because taking action might make somebody mad at him. That’s not the worst qualification to bring to the Oval Office right now.”  In 2012, vote to defend and promote economic freedom from sea to shining sea because the alternative is what should be termed as unacceptable in the free market of talent and ideas.