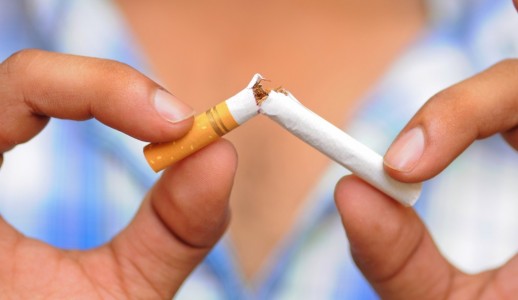 By Campaign for Tobacco-Free Kids, Special for USDR

Nine leading economists have submitted a paper to the Food and Drug Administration that shows how the FDA’s cost-benefit analyses of its proposed tobacco regulations are deeply flawed and vastly underestimate the benefits of these regulations.

They warned the FDA that their continued reliance on this deeply flawed approach would undermine their ability to issue effective regulations to reduce the death and disease caused by tobacco use. The paper was submitted as a public comment on the FDA’s proposed rule to extend its regulatory jurisdiction to all tobacco products.

“FDA is charged with the critical responsibility of regulating the panoply of products that cause this devastation,” the economists wrote. “They should do so in a manner that benefits the public at a reasonable cost. FDA’s properly evaluating the benefits and costs of proposed regulations is essential to ensure this outcome.”

Federal agencies are required by Executive Order to conduct cost-benefit analyses of significant regulations to ensure the benefits exceed the costs. The FDA has now issued two cost-benefit analyses regarding tobacco regulations: The first was part of a 2011 rule requiring graphic cigarette warnings and was one of the reasons a federal court overturned the FDA’s proposed warnings; the second is part of the FDA’s pending rule to regulate all tobacco products.

In particular, the economists fault the FDA for slashing the estimated benefits of these regulations to account for the “lost pleasure” consumers would experience if they quit smoking as a result of the FDA’s regulation.

The FDA’s economists say that the benefits consumers receive from quitting smoking, such as better health and longer lives, must be reduced by the presumed “lost pleasure” from no longer smoking.  Based on this flawed concept, the FDA reduced the estimated benefits of the pending rule to regulate all tobacco products by 70 percent.

The economists’ paper demonstrates the absurdity of applying the concept of “lost pleasure” to tobacco regulations and should lead the FDA to change its approach immediately, beginning with its proposed rule to regulate all tobacco products.

By vastly underestimating the net benefits of tobacco regulations, the FDA’s analysis could lead to rejection of the regulations by the Office of Management and Budget and prevent them from ever seeing the light of day.

It also makes the regulations more vulnerable to inevitable legal challenges by the tobacco industry. The FDA’s underestimation of the impact of its proposed graphic warnings was one of the main reasons a federal appellate court rejected them in 2012.

Summary of Economists’ Paper to the FDA

The economists explain that the “lost pleasure” concept, technically called lost consumer surplus, is designed for contexts where consumers’ buying decisions are fully informed and rational. However, they detail why the FDA was wrong to apply this concept uncritically to tobacco products because most decisions to use tobacco products are not fully informed and rational.

“Given these issues, we conclude that nearly all of the ‘lost pleasure’ from tobacco use, as represented by conventionally measured consumer surplus, should not be included as a cost in FDA analyses of the economic impact of its tobacco regulations,” the economists wrote.

“Indeed, the data strongly suggests that many smokers do not find smoking pleasurable and that they derive little consumer surplus from smoking.  Instead, most are struggling with or avoiding the withdrawal they would experience if they were able to stop smoking and break an addiction they regret having ever started, facing psychological costs from being addicted and lacking the self-control to quit.”

In making its case for the “lost pleasure” reductions, the FDA cited the research of Dr. Gruber.  But Dr. Gruber himself was recently quoted by Reuters as saying the FDA’s approach “is really a misapplication of my work,” which Dr. Gruber has reiterated in a comment filed separately with the FDA on the pending regulation.

In addition to their critique of the “lost pleasure” concept, the economists’ paper also cited several other flaws in the FDA’s cost-benefit analysis of the proposed graphic cigarette warnings, most of which could also apply to other tobacco rules.  These include:

“The net effect of these limitations to FDA’s analysis is a substantial, even dramatic underestimation of the net benefits of the graphic warning label regulation,” the economists conclude.

The economists’ paper was supported by a grant to the University of Michigan from the Robert Wood Johnson Foundation in New Jersey.