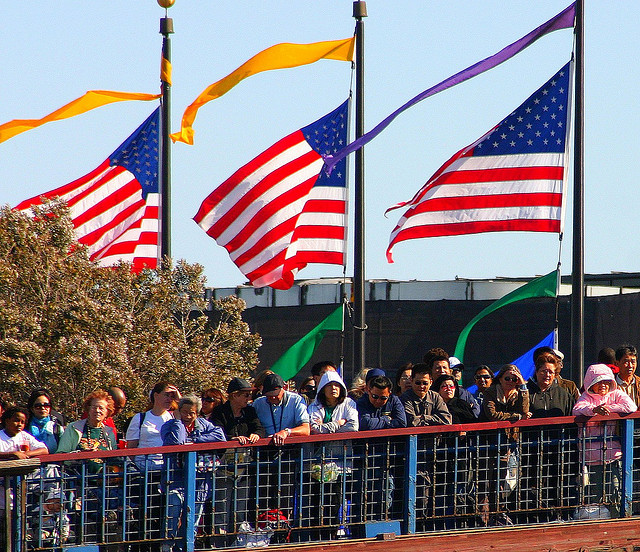 It has probably been longer, but in recent years I have never seen such a whining, crying, complaining and demanding society.

Right off the bat, I will say I am a white female. My ancestors came from the Netherlands/Ireland, Germany, and England; I have heard I even have some Indian (Native American) bloodlines. However, I do not call myself a Dutch-Irish, German, English American. I am an American. My parents, grandparents, great grandparents and even great – great grandparents were either born or raised in America.

Can we just say from the start that every society has made mistakes? Every land and its inhabitants were at one point or another invaded by others. America is not the first country to have a jaded past.

Nevertheless, can we move on?

Does that sound naive coming from a white middle class girl? Probably to some. However, our society has become a country full of whiners and complainers.

For all of the people that cry racism, class warfare and persecution for where they find themselves, there are others just like them who instead of whining, crying, and pitching a fit, actually used it as motivation. Pulled themselves up by their bootstraps and said, “I am not going to let the color of my skin, where I grew up, or how much money I have define who I am”. Clarence Thomas and Oprah Winfrey are prime examples. And seriously, when did racism become just white against black?

Other races have names for white people that probably aren’t very nice either but why does that seem to be okay? Now don’t get me wrong, there are some people who are racists (1: a belief that race is the primary determinant of human traits and capacities and that racial differences produce an inherent superiority of a particular race 2: racial prejudice or discrimination) but it does exist within every race and no matter who does it, it is wrong.

I have also never seen such hatred. You cannot give an opinion without being called horrible names.

These days if you don’t agree with others (usually those who have traditional American values) you can take them to court and force your ideas to override years of tradition or law. They say it is offensive or impending on their rights but isn‘t that what they are doing? And why has it become commonplace to ignore the majority in favor of the individual?

Why do people come to America only to try to force the laws, languages and traditions of their native lands here? Isn’t that why most of them left, to be free from persecution?

America used to be called a melting pot. I think its means the assimilation of different cultures; we start as separate but become one – Americans. Now, we are not embracing each other and becoming Americans, we are even more divided. There are also some who don’t want to become like Americans, they want America to become like other lands; so they feel comfortable and if we don’t willingly comply, they try to make us by using our own laws and systems against us. Like using Sharia law against an American in an American court and winning. Or there are race baiters who want to continue the division because they make money off of it and gain more notoriety because of it.

I am sad that in the process, people got hurt and people died. America is not perfect but it is the closest thing to it you will find. America, unlike any other country, helps those we have fought against and won rebuild. We are the biggest givers of charity and to those in need of any country.

Be proud to be an American and if you don’t like how America works (a republic, free enterprise and charitable by choice) then you can always leave and go to another country that has everything you are looking for, but don’t be surprised when you end up back home.

April Dye is a Christian wife and mother of two. She loves to hang out with family, read, watch movies and television, and her job. You can follow her on face book at www.facebook.com/April Vestal Dye and www.clardye.blogspot.com.