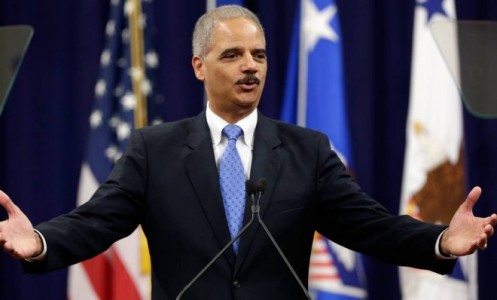 “The news that the Justice Department will extend sweeping recognition to ‘marriages’ of same-sex couples, even in states that do not recognize such unions, is yet another illustration of the lawlessness of this administration.

“While the Supreme Court’s ruling in the Windsor case last summer required the federal government to recognize such unions in states which also recognize them, the Court was conspicuously silent on the status of such couples when they reside in a state which considers them unmarried. The Obama administration’s haste to nevertheless recognize such unions in every state actually runs counter to the Windsor decision’s emphasis on the federal government’s obligation to defer to state definitions of marriage.

“Attorney General Holder’s announcement — like his recognition of same-sex ‘marriages’ in Utah despite the Supreme Court granting a stay of the District Court decision overturning that state’s definition of marriage — illustrates the importance of Congressional action to pass the State Marriage Defense Act (H.R. 3829), introduced by Rep. Randy Weber (R-Texas). It would require the federal government to defer to state definitions of marriage — as required by Windsor — by not treating persons as ‘married’ when they are unmarried according to the law of their state of legal residence,” concluded Perkins.