By Kevin Price, Publisher and Editor in Chief, USDR 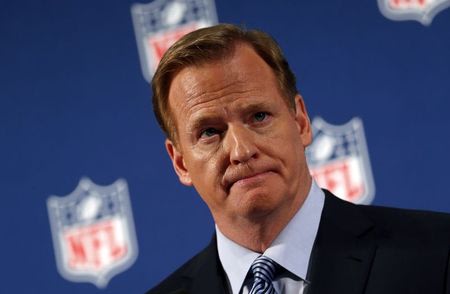 Controversial commentator, Bill Simmons, has recently gone on a rampage on his podcast and NFL Commissioner Roger Goodell and, essentially, his employer, ESPN were his target.

Simmons was in a fighting mood and did not pull any punches, saying about the NFL:

I just think not enough is being made out of the fact that they knew about the tape, and they knew what was on it. Goodell, if he didn’t know what was on that tape, he’s a liar. I’m just saying it. He is lying. I think that dude is lying, if you put him up on a lie detector test that guy would fail.” He didn’t stop there, after dropping a few expletives, he continued, “And for him (Goodell) to go in that press conference and pretend otherwise, I was so insulted.

He then turned his attention to the ESPN Network itself:

“I really hope somebody calls me or emails me and says I’m in trouble for anything I say about Roger Goodell. Because if one person says that to me, I’m going public. You leave me alone. The commissioner’s a liar and I get to talk about that on my podcast. Thank you. … Please call me and say I’m in trouble. I dare you.” (emphasis added).

The network gladly took his challenge and not only took him to task, but actually suspended him for three weeks. It his not been made clear whether that suspension is paid or unpaid.

The suspension of Simmons has been a media sensation and has been one of the number one trending stories on social media since it took place. This reality has led many to raise a few questions about the incident.

Is Simmons getting paid during his suspension? If the answer is no, that could be a fairly serious consequence for his actions. If the answer is yes, than all he is getting is a three week paid vacation, which began by bringing a significant amount of publicity to both the network and himself.

Was ESPN trying to be clever by giving Simmons a sentence that was actually more harsh than the original punishment that the Baltimore Ravens’ Ray Rice received for allegedly beating his wife? Simmons, saying something that is largely considered the truth by most who watch the sports world, got a week longer sentence than the NFL was willing to give to Ray Rice for dragging his wife off an elevator following an altercation that was captured on video. It would be funny if it were not so serious.

Is ESPN just as tone deaf as the league that it is trying to cover? It is true that Simmons’ remarks were certainly lacking from a journalistic perspective. It is a little dicey to actually accuse the commissioner for lying without credible evidence. However, everyone knows that Simmons is no wallflower and he has no problem stating his mind. Furthermore, every listener knows that this is the view of the commentator and not the network for which he works. He is, and everyone know this, part of the “opinion page” of ESPN. As a commentator he should be allowed to speak his mind and his network should know that his audience is sophisticated enough to know the editorial differences between the journalist and his network.

In the end many will be asking if this was a mere publicity stunt for Simmons, ESPN or both. This little stunt by Simmons and the heavy handed reaction by ESPN turned out to be a publicity coup for both the commentator and his network. The narrative seems to strongly support Simmons and is largely negative towards the network, but in the end, will those details matter? There is no doubt that the network seems to be taking a chapter from the NFL’s very faulty notebook… tone deaf as far as a major social problem that is being inadequately addressed, potentially reacting inappropriately to an incident involving an employee (although in this case, over reacting), and being out of step with the realities of the world in which it exists. Unlike the NFL, I don’t see this having any lasting negative effect of ESPN. Instead, ESPN’s reaction is the type of play that will bring attention to the network (although in no time we won’t remember as to why). That is not likely to happen to the NFL who remains continuously burdened and certainly out of touch in its “too little, too late” response to the horror of abuse that is simply too common and pervasive in the world we live in today.