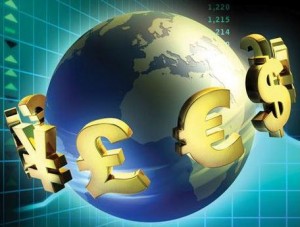 With much of the “eurozone” still mired in recession, the global economy will expand at a tepid pace of 2.5 per cent this year, according to The Conference Board of Canada’s World Outlook – Summer 2013. This situation will begin to change as the U.S. economy picks up steam toward the end of this year, and growth in the world economy is expected to increase to 3.2 per cent in 2014.

“Now that the U.S. economy is heading in the right direction, Europe remains the main stumbling block to higher growth in the world economy,” said Kip Beckman, Principal Economist. “The latter region continues to be plagued by record high unemployment rates, a fragile banking sector, and high levels of government debt. ”

Many banks in Europe remain undercapitalized and highly leveraged, and some have been operating with huge losses. Another credit crisis in the eurozone cannot be ruled out if the EU fails to address this issue. In addition, continued labour market rigidity and a high degree of regulation will limit growth prospects in Europe. Real GDP in the eurozone is expected to drop by 0.5 per cent in 2013, and a gain of only 1.1 per cent is forecast for 2014.

Growth in the Asia-Pacific region has been restrained by the developments in Europe and the sluggish U.S. economy in the first half of this year. However, fiscal and monetary policies implemented by many governments in the region have helped blunt the weak state of the global economy.

The Asia-Pacific region will continue to lead the global economy with real GDP growth of 4.7 per cent this year and close to five per cent in 2014. China’s economic growth will slow to 7.9 per cent this year and next, down from an annual average of almost 10 per cent  from 2009 to 2011. South Korea and Taiwan are benefiting from the shift in technology consumption from personal computers to smartphones and tablets. Both countries are expected to expand in the 3 to 4 per cent range over the near term.