A group of Cherokees have organized and launched a website disputing Elizabeth Warren’s claims to Native American heritage.

Some 150 people purporting to be “concerned” members and descendants of three Cherokee tribes have put up a new website called “Cherokees Demand Truth From Elizabeth Warren.” 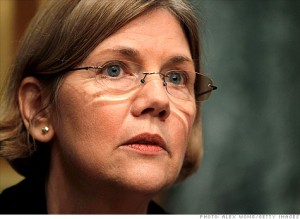 The group is demanding that the Massachusetts Senate candidate come clean about her heritage – a topic that has dominated media coverage of Warren’s bid again incumbent Republican Sen. Scott Brown ever since it was revealed that the Harvard law professor was previously listed as having ethnic minority status.

“You claim to be Cherokee. You forget, it isn’t who you claim, but instead, who claims you. We don’t claim you!” a banner splashed across the top of the group’s website reads. The group argues that Warren has made “false claims of Cherokee ancestry,” and that it is bothered by those who “fraudulently” claim Cherokee heritage.

David Cornsilk, a 53-year-old citizen of the Cherokee Nation who co-created the group, told POLITICO that after a thorough research of Warren’s background, he considers her alleged 1/32 Native American roots “impossible.”

“My mom called me David Crockett when I was little, because my name is David. That doesn’t mean I’m related to David Crockett,” Cornsilk said. “1/32 Cherokee means that her great-great-great grandparent would have been a full-blood and if you have someone who’s a full blood, that means that that person’s entire lineage from that point backward…(read more)