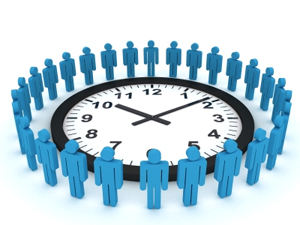 I saw a television commercial from a local law firm. It said that employees could get “back-pay” for overtime hours that they worked, but for which they were not compensated. I have been in business for ten years and have about 30 employees. Almost all of them are salaried. Is there any risk that I could have to pay for overtime hours previously worked?

A. The short answer to your question is, quite possibly. When you say that almost all of your employees are salaried, we assume you mean that you have determined that they are exempt from receiving overtime pay. Your determination may be correct. On the other hand, it could also be incorrect. If this is the case, you risk fines and/or having to provide “back-pay”.

One of the most frequent errors we see in small companies is employee misclassification. This is when management wrongly determines that a worker is exempt from overtime and other rules under the Fair Labor Standards Act (FLSA) or incorrectly classifies a worker as an independent contractor. (Independent contractors are also exempt from overtime pay.)

Actually, most workers should be classified as non-exempt employees. This means they must make at least minimum wage and must be paid overtime (typically 1.5 times the normal hourly rate) for time worked in excess of 40 hours in a work week. Only a small number of workers can be classified as exempt or independent contractors under current regulations.

Since 2004, FLSA claims are up by 77 percent. Most of these have to do with employers:

•Misclassifying employees as exempt when they are actually non-exempt and subject to overtime pay
•Allowing employees to work off-the-clock
•Calculating overtime pay based on the standard hourly wages only (rather than 1.5 times the normal hourly rate)
•Refusing to pay for overtime that was worked, but not approved in advance
•Docking hours of exempt employees for whatever reason
•Failing to maintain complete and accurate time records

Should small businesses be concerned about the astronomical increase in FLSA claims being filed as private lawsuits? Absolutely, but look also to our government. In fiscal year 2011, The Department of Labor (DOL) announced a Misclassification Initiative. This multi-agency program targets employers that have misclassified employees as exempt. DOL hired 200 field investigators in 2010 and more in 2011 to help enforce compliance. Moreover, DOL has created programs specifically designed to assist employees whose rights may be been violated in the areas of FLSA.

The best course of action for employers is to prepare for increased scrutiny by DOL and the increased likelihood of private actions by employees. Review your wage and hour policies and make sure employees and managers understand and comply.

Finally, if you haven’t had an employment-law attorney or a competent HR professional give you an opinion about your specific jobs and how they should be classified, now is the time. Wage and hour law is a complex and nuanced field. We can’t give you enough detail in this short article to ensure that you can accurately make the determination on your own. Without advice from a competent professional, the odds are stacked against you. Don’t bet your company’s assets on this losing game.