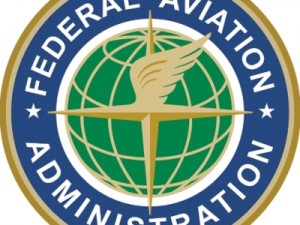 It seems the agencies of the Federal government are looking for every opportunity to regulate businesses as they can.  The conservative think tank, the Heritage Foundation, has said that the Obama administration is one of the most hostile towards business than any in the history of the nation. Now the administration is taking an approach that goes against one of its fundamental positions — the importance and value of recycling.

Last week the Rechargeable Battery Association said a recent Federal Aviation Administration (FAA) study on the potential risks posed by the air transport of lithium batteries was based on flawed assumptions, unsound methodology and faulty data.

“Unfortunately, the FAA study has provoked unwarranted scare-mongering in the news media and distracted attention from important safety issues. Everyone agrees improperly packaged lithium batteries should not be shipped as cargo. This safety goal can best be achieved by rigorous enforcement that will ensure compliance with existing international battery transportation regulations,” PRBA Executive Director George A. Kerchner said.

In a letter to the Secretary of the International Civil Aviation Organization’s Dangerous Goods Panel, PRBA detailed its concerns about the methodological mistakes in the FAA study.

“PRBA has expressed serious doubts about efficacy of the FAA study because it seems to have either misunderstood or misused data on the basis of faulty premises. It is not a study on which any policy changes could reasonably be based,” Kerchner said.

Batteries have the potential of having a devastating environmental impact. If this administration policies sticks, the environmental damage would seem to outweigh the safety concerns in the study.

According to a statement by the organization, “the members of PRBA power the consumer electronics revolution. We deliver a safe, efficient, and essential power source for portable electronic equipment such as notebook computers, cell phones, power tools, PDAs, and MP3 players, as well as hybrid and electric vehicles. PRBA members produce approximately 70 percent of the world’s lithium ion cells and account for billions of dollars in annual worldwide sales. With more than 70 members, PRBA is widely recognized as the nation’s authoritative source for information on rechargeable batteries. Visit PRBA online at www.PRBA.org.”