The U.S. Census Bureau presents a graphic that shows the population of the cities and metropolitan areas involved in the first-ever four-team playoff in college football’s top division. In the first semifinal onThursday, Jan. 1, No. 2-ranked Oregon (Eugene, Ore.) takes on No. 3 Florida State (Tallahassee, Fla.) in Pasadena, Calif. In the other semifinal, top-ranked Alabama (Tuscaloosa, Ala.) faces No. 4 Ohio State (Columbus, Ohio) in New Orleans. The championship game will be on Monday, Jan. 12 in Arlington, Texas. 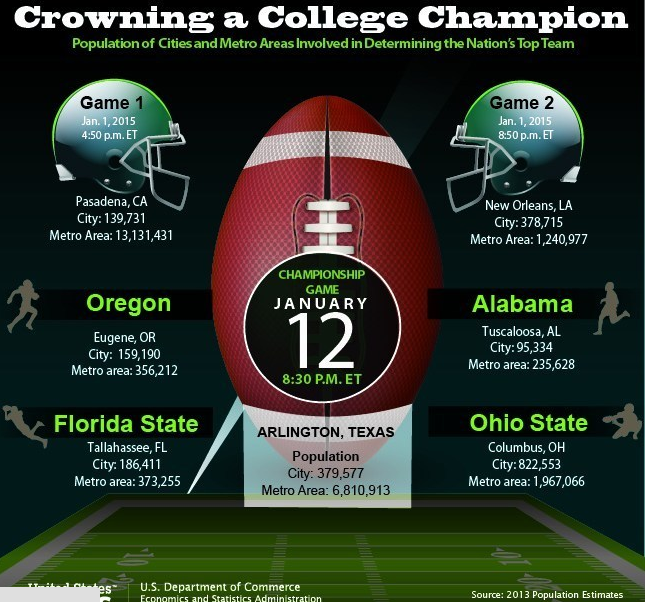