Hispanic Group, an independent media firm to the fast-growing segments of the Hispanic population, today coined a new term “Bebe Boomers,” to describe the growing Latino population boom and the shifting cultural landscape in the U.S. 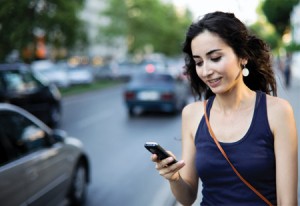 Bebe Boomers is an innovative term for the rapidly growing Latino population, whose parents have established roots in the U.S. and are first generation American citizens.  With a penchant for the American way of life and core values based on their parents’ homeland, they have the pulse on both cultures and serve as a gateway for either market.

After the end of WWII, the U.S. experienced the biggest population boom in its history not based on immigration, but rather on new births of Americans.  Today, almost 60 years after Baby Boomers redefined American culture, a similar phenomenon is taking place in the U.S., but this time with Hispanics leading the way:

The U.S. is beginning to see the Bebe Boomer cultural phenomenon that will shape the next 25-30 years.  With Hispanic births overtaking immigration, it doesn’t come as a surprise that there is strength in the numbers.  Hispanics are known super consumers, outpacing the general market in purchasing beverages, personal hygiene products and cologne.  Now more than ever marketers need to pay close attention to Bebe Boomers and communicate with them on their level, which goes beyond just translating advertising into Spanish with a one-size-fits-all approach.

“With a bilingual, bi-cultural demographic enjoying exponential growth, marketers must be keen in addressing their needs and in order to build brand ambassadors and develop loyalty among consumers,” explained Jose Luis Valderrama, President and Founder of Hispanic Group.