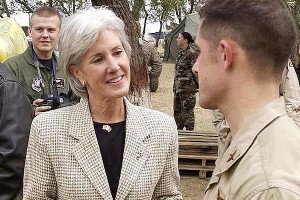 Secretary Sebelius surprised many with her decision.

Jeanne Monahan, Director of Family Research Council’s Center for Human Dignity, released the following statement regarding the Obama Administration’s decision not to sell the morning-after-pill to girls under the age of 17 without a prescription.

“A decision to make Plan B available for girls under the age of 17 without a prescription would not have been in the interest of young women’s health. Secretary Kathleen Sebelius was right to reject the FDA recommendation to make this potent drug available over the counter to young girls. In her own words, the research submitted to the FDA did not include data for all ages for which the drug would be used.

“Additionally, young people have approximately half of the sexually transmitted diseases (STDs) nationwide, according to the Center for Disease Control and Prevention (CDC). The availability of Plan B over-the-counter for all ages would have bypassed necessary routine medical care for sexually active girls. And a study released in 2010 revealed that adolescent use of Plan B was correlated with an increase in unplanned pregnancies and a high STD rate.

“There is also the issue of sexual abuse and exploitation. The average age of a girl who is sexually trafficked in the U.S. is 13 to 14. There is a real danger that Plan B could be given to young women, especially sexually abused minors, under coercion or without their consent. Interaction with medical professionals is a major screening and defense mechanism for victims of sexual abuse.

“Finally, Plan B can act in a way that can destroy life by preventing implantation. Women of all ages have the right to know how this drug may act in their bodies and on their newly developing babies.”

Although a risky proposition, politically, many political observers believed that since a “non-political” entity like the FDA support this proposal, the administration would had gladly supported it.  This decision has activists on the left and right scratching their heads.