By the Price of Business Show, USDR Radio Partner. 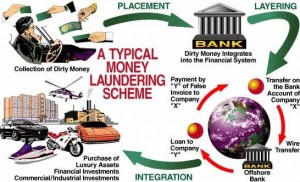 Larry Pratt, Executive Director of Gun Owners of America, is a regular on the Price of Business show.  He was on recently to discuss the latest in Fast and Furious, a political scandal that includes illegal gun deals and (now) money laundering to dangerous Mexican drug cartels that have led to the loss of US lives and untold Mexican citizens. The latest breaking story is apparent drug laundering.  He is interviewed by Host and USDR Editor in Chief/Publisher Kevin Price.  This is an incredible story that could bring down many in the Obama government, including the President himself.

Watch this compelling interview in its entirety here.   Readers of the US Daily Review saw it here first, before it was aired on the Price of Business!

Larry Pratt has been Executive Director of Gun Owners of America for 32 years.

GOA is a national membership organization of 300,000 Americans dedicated to promoting their second amendment freedom to keep and bear arms and constitutional government.

Pratt has appeared on numerous national radio and TV programs such as:

His columns have appeared in newspapers across the country.  He published a book, Armed People Victorious, in 1990 and was editor of a book, Safeguarding Liberty.  His latest book,On the Firing Line: Essays in the Defense of Liberty was published in 2001.  Pratt has held elective office in the state legislature of Virginia, serving in the House of Delegates.  Pratt directs a number of other public interest organizations and serves as the Vice-Chairman of the American Institute for Cancer Research.