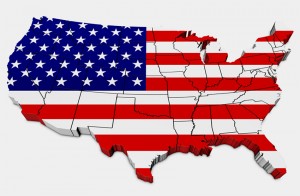 The Federalism in Action Project launched an innovative and in-depth toolkit aimed at equipping lawmakers with the resources to keep government local and to make a difference at the state level. Federalism in Action, a project of State Budget Solutions and the State Policy Network, already boasts a roster of state legislators who support the organization’s call to change how state and local governments do business by returning power to the local level. Efforts include a series of editorials from state legislators supporting the project and highlighting examples of federalism in action in their states.

“I’m supporting the Federalism in Action Project to make the case that decision-making should be local because it simply works better. I’m joining lawmakers from across the country that want to see local people making decisions; we can be far more effective together than  we are working alone. State and local leaders know their communities better than the bureaucrats in Washington, DC. We’ve proven time and time again that when we have flexibility and freedom, we can innovate and improve lives,” said Representative Yvette Herrell (New Mexico’s 51st District).

“This year I passed HB131 that forms a Commission on Federalism to take a fresh look at the roles and responsibilities of ‘the governing partnership’ with the federal government. The Commission will work with other states and our congressional delegation to hold the federal government accountable for its actions that overstep its partnership role, and intrude upon our partnership rights and responsibilities,” said Representative Ivory.

Kentucky’s State Senator Damon Thayer (Kentucky’s 17th District) points to Medicaid and implications on control at the local level saying, “All too often, however, states are paralyzed by the over-involvement of the federal government bureaucrats. A good example is Kentucky’s Medicaid program. For every dollar spent on services, the federal government pays 70 cents. While that sounds like a good deal, this ‘partnership’ comes with thousands of burdensome regulations.”