By MapLight.org, Special for US Daily Review. 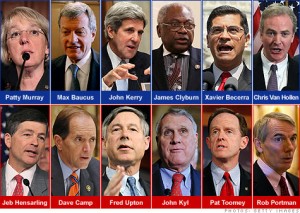 Members of the Joint Select Committee on Deficit Reduction, also known as the “Super Committee,” are hopeful that a repatriation tax holiday allowing domestic companies to claim profits made overseas at reduced tax rates will boost the economy by encouraging capital investment and job growth here in the United States. A similar proposal was enacted in 2004 (P.L. 108-357), however, and, according to a May 2011 report by the Congressional Research Service, “while empirical evidence is clear that this provision resulted in a significant increase in repatriated earnings, empirical evidence is unable to show a corresponding increase in domestic investment or employment.”

The report highlights 12 companies that took advantage of the tax holiday but did not increase employment, and in most cases reduced employment, in the years following taking advantage of the tax holiday. Below is MapLight’s analysis of campaign contributions to members of the Super Committee from PACs and employees connected to the companies mentioned.

METHODOLOGY: Campaign contributions to the 12 members of the Joint Select Committee on Deficit Reduction from PACs and employees affiliated with the 12 organizations mentioned in a May 2011 CRS Report entitled ” Tax Cuts on Repatriation Earnings as Economic Stimulus: An Economic Analysis.” Those companies are Citigroup, Colgate-Palmolive, Ford, Hewlett-Packard, Honeywell, IBM, Merck and Company, Motorola Solutions, National Semiconductor, PepsiCo, Pfizer, and Procter & Gamble. Contributions data provided by the Center for Responsive Politics ( OpenSecrets.org)

A link to this data release can be found here.