By Keith D. Rodebush, Contributor for US Daily Review. 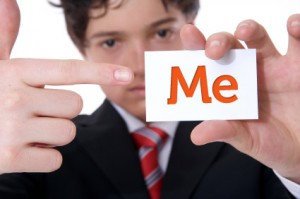 Throughout my career which spans from throwing newspapers to Architecture, I have always noted the various types of people I meet in different business climates and situations. There is the studious worker always on time, always doing something even if it’s just looking busy and always ready to lend a hand when the chips are down. There is the average ‘Joe or Jane’ that is mostly dependable, can be helpful when cornered, knows their own job well enough but isn’t interested in what anyone else does and is just as likely to be checking their email as working at any given time.

And then there is the poser; they are notorious brown-nosers, completely undependable, inefficient with time, love to talk around the cooler, spend more time talking about all of the work they have accomplished than doing same. As I watch the people in government, especially national politicians I note that they overwhelmingly resemble the latter.

In private business the emphasis is on production. Many times a boss will not care much about your character or your faith or your personal life as long as you produce while on the job. Bosses have to be practical, if we all held out for only studious workers, we would be horribly understaffed and the business would fail. Bosses work to get that proper mixture of good, average and bad workers together to maximize production and profit. I’ve often wondered why they keep the posers on, but I’ve come to believe that it is an unconscious ploy to provide juxtaposition between the good and bad. Workers know who the posers are. They talk about them behind their backs, make jokes about them and laugh at them; not with them. It actually provides a little camaraderie. That being said, we all know of instances where a poser will rise in the ranks and end up with responsibility way above their talents. The bottom line suffers; meaning the whole company suffers lesser wages and benefits.

In the public sector, jobs are often seen as an entitlement. While there are certainly many in the public sector, who genuinely attempt to do their jobs well, there are far too many that look upon their job as easy street with good pay, good benefits and little chance of getting fired or laid off. This environment is a breeding ground for posers. Their path to advancement involves as much self-aggrandizement as it does production. Odds are likely as not that the supervisors one is attempting to impress are themselves posers. They too have made their way up the ranks by touting their own accomplishments as opposed to simply having their production recognized by their peers. The primary reason is that government doesn’t actually produce anything but paperwork. There is no profit incentive in the public sector. Posers find a panacea in government employment where self-praise, obsequiousness and favoritism are the normal order of ‘business’. 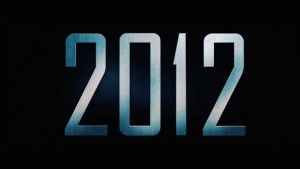 And that brings us to politicians in the modern age. When one wonders how a president of the United States can be so clueless about business and yet constantly brag about his ‘accomplishments’ one needs only understand the atmosphere of academia and government. No production, no profit, no incentive to excel and self-promotion as a means to advancement.

It drives people to claim they were in combat when it can clearly be shown they were not. It allows people to claim they are a minority or ‘down for the struggle’ of the poor when they are rich, white and live in gated communities with their kids in private school. It allows a president to brag about being born in Kenya or Hawaii depending on the audience. Reality is not necessary to the public worker. Ones sense of self is all that is required to impress the fellow posers. In fact, as the malignancy of the system grows, the greater the poser, the greater the advancement.

In the end, the core problem is indeed the posers search for meaning in an environment that has none. Government by its very nature diminishes production through regulation and law. Government which grows larger diminishes production exponentially. There is no true meaning to a job that harms real production so the posers clothe themselves in esoteric phrases that of course only pose as production such as ‘getting things done’ or ‘doing the Peoples business’ or ‘moving the ball forward’ or ‘reaching across the aisle’. None of these phrases has any meaning unless you attach an actual product to it and when you do, the meaning is devastating. ‘Getting higher taxes and more oppressive regulation done’. ‘Doing the Peoples business by colluding with business to corrupt the federal government and skew free markets’. ‘Moving the ball of tyranny forward’. ‘Reaching across the aisle to subjugate the American people to ever more powerful government intervention into their daily lives’.