A new study by University of HoustonLaw Center Professor Jim Hawkins finds a credit card reform act has had little effect on aggressive marketing to college students. Research shows college students continue to receive prescreened mail offers and tangible gifts from credit card companies, and young consumers are still qualifying for credit cards without demonstrating they have enough earned income to pay off the debt in spite of stringent rules imposed by the CARD Act. 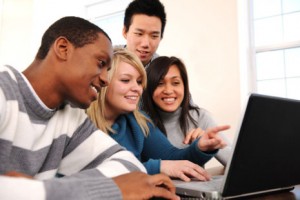 An expert in consumer credit, Hawkins surveyed more than 500 students and examined 300 agreements between issuers and colleges and alumni associations over the past two years. Offering the first empirical assessment of the Credit Card Accountability, Responsibility, and Disclosure (CARD) Act of 2009 effectiveness, the study will be published in the Washingtonand Lee Law Review in fall 2012.

“Based on this survey and study, I found that many of the CARD Act’s student and young consumer provisions have not affected credit markets in the ways the Act’s proponents had hoped,” Hawkins said.

Taking effect in February 2010, the CARD Act was designed to prevent student over-indebtedness, to end aggressive marketing to college students, and to reveal and change avaricious agreements between credit card issuers and colleges.

Under the Act, banks and card issuers were also banned from offering credit cards to anyone under the age of 21, unless they have a qualified co-signer or proof of sufficient income to repay the debt.

“Most troubling, students are still qualifying for credit cards without demonstrating an ability to repay the debt,” Hawkins said. “My study found that 27 percent of students under 21 who were applying by themselves for credit cards listed loans as part of their income to qualify for the card.”

Hawkins also found that the requirement that credit card companies disclose previously secret agreements between issuers and colleges has caused virtually no change in the number of these agreements or their terms. Approximately 64 percent of the 300 agreements studied remained exactly the same in 2010 as they were in 2009.

“Some agreements were terminated, but almost all of them appear to have been terminated in the ordinary course of business,” Hawkins said. “In only two cases in all of the 300 agreements that I reviewed did I observe any mention of regulation as influencing the decision to end the arrangement.”

However, despite these numbers, there is evidence the Act may be working gradually. After conducting the same survey in the two different years during which the Act has been in effect, Hawkins found that the number of students reporting offers being mailed to them decreased between 2010 and 2011.

According to Hawkins, the CARD Act’s strategy for preventing marketing to young consumers is indirect. The Act does not explicitly ban sending people under 21 credit card offers in the mail; it just makes it more difficult to get their addresses. The Act also does not ban credit card marketing on colleges; it just prevents one narrow type of advertising, Hawkins notes.

“If Congress was concerned about people under 21 receiving credit card offers in the mail, it could directly prevent that conduct by making it illegal to mail anyone under 21 a credit card offer,” Hawkins said. “Similarly, if Congress was concerned about abusive terms in the agreements between credit card companies and colleges, it could directly forbid those abusive terms instead of just requiring companies disclose the agreements.”

According to a university statement, “the University of Houston is a Carnegie-designated Tier One public research university recognized by The Princeton Review as one of the nation’s best colleges for undergraduate education. UH serves the globally competitive Houston and Gulf Coast Region by providing world-class faculty, experiential learning and strategic industry partnerships. Located in the nation’s fourth-largest city, UH serves more than 39,500 students in the most ethnically and culturally diverse region in the country.”

Sponsor: In a property tax mess? Call the people at Commercial Tax Network and solve your problem today.