Why would a successful, 12-year Secret Service agent resign his elite position in the prime of his career to run for high public office and blow the whistle on what goes on at the highest levels inWashington DC? 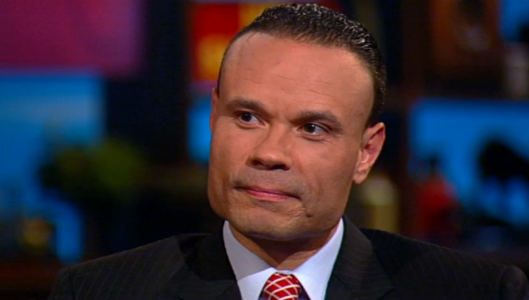 Dan Bongino’s Life Inside the Bubble: Why a Top-Ranked Secret Service Agent Walked Away From It All (WND Books, Nov 19) is a look at life inside the presidential “bubble,” a haze of staffers, consultants, cronies, acolytes, bureaucrats and lobbyists that creates the “alternate reality” in which monumental policy decisions are made. And it is the story of a dedicated Secret Service professional who, after years inside the “bubble,” walked away in favor of sounding a clarion call to the American people in defense of sane government and the U.S. Constitution.

Fox News Channel’s Sean Hannity praises the book as “a rare peek inside the DC ‘Bubble’ which should be a wake-up call to every American.”

Former congressman and U.S. Army Col. Allen West says, “Dan Bongino walked away because he is an American patriot and the embodiment of the highest standards of honor, integrity, and character … exactly what we need inside the bubble.”

Take the journey with Bongino from the tough streets of New York City where he was raised, and later patrolled as a member of the NYPD, to the White House as a member of the elite Presidential Protective Division, through his ultimate decision to resign from the Secret Service in the prime of his career to run for the United States Senate against the feared Maryland Democratic machine.

Follow his experiences inside the Washington DC matrix and discover why a government filled with some incredibly dedicated people nevertheless continues to make such frequent and tragic mistakes. Indeed, Bongino shows why the “Fast & Furious” scandal, the terror bombings in Boston and the terrorist attacks in Benghazi are merely harbingers of what’s to come to America without a bold change in direction.

Starting his career in law enforcement with the NYPD in 1995, Dan Bongino joined the ranks of the Secret Service in 1999 as a special agent where he was assigned to investigate financial crimes. In 2006, he entered into duty with the elite Presidential Protective Division in the administration of President George W. Bush and remained on protective duty during the change in administration to that of President Barack Obama. He resigned from the Secret Service in 2011 to run for a U.S. Senate seat inMaryland.