President Obama and his team are finalizing his State of the Union address. Each line, each word, each inflection will be tailored, polished, vetted. But that doesn’t ensure that he will say all that needs to be said to the American people. For instance, every President loves to begin his State of the Union with a ringing declaration that “the state of our union is strong.”

This year, that statement “would be false,” according to former US Comptroller General David M. Walker. And it is “more false now than ever before, because of our calamitous financial situation.”

Today, Walker, who is now CEO of the Comeback America Initiative, called upon President Obama to be “candid” about the true state of our nation. Walker released his “Fiscal State of the Union,” spotlighting 5 critical things he hopes we will hear the president say.

The video addresses five main points.  Each of them according to Walker: 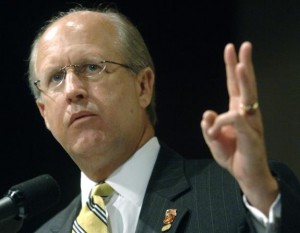 First, the President should acknowledge that the State of the Union is NOT good and it hasn’t been for several years now, including in the final years of President George W. Bush’s presidency.

Second, he needs to make it clear that we can’t put our fiscal house in order without significant reforms to both our social insurance programs and our present tax system. It’s simple math. Everything must be on the table.

Third, the President must tell us that the cost of our current healthcare programs is the one thing that could bankrupt this country, and that reforms to-date have not adequately addressed out of control health care costs.

Fourth, he needs to put to rest claims that any cuts in defense will jeopardize our national security.

Finally, the President needs to call the political system what it is: totally dysfunctional.

The Fiscal State of the Union can be viewed at www.fiscalIQ.net/mythofthemonth.

Mr. Walker is available for comment on his video release, as well as analysis before and after President Obama’s State of the Union address.