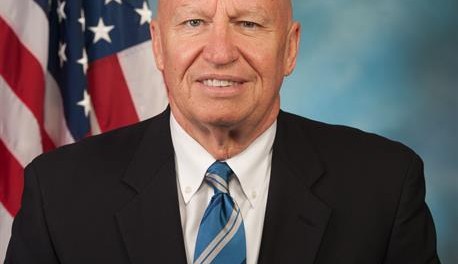 By  Kevin Brady, (R-TX), Chairman of the House Ways and Means  Committee

America’s tax code is beyond repair. Tinkering with it won’t work. The only hope is a bold tax-reform plan that will liberate our nation from the slow-growth status quo and jump-start a new era of American prosperity and  growth.

The House GOP has been building on years of work by Ways and Means Committee Republicans to develop pro-growth tax reform. On Friday, as part of Speaker Paul Ryan’s “Better Way” agenda, House Republicans are delivering to the American people a plan for a 21st-century tax system. It delivers simplicity and fairness, yet is built primarily for growth in jobs, paychecks and America’s  economy.

To start, the House GOP plan brings long-awaited relief to workers and families from the recurring nightmare of tax season. By lowering rates, increasing the standard deduction, streamlining seven tax brackets into three and eliminating a host of special-interest provisions, our blueprint simplifies the tax code dramatically for families and individuals. And by providing incentives for savings and investment, it fosters economic growth and job creation while ensuring that Americans spend far less time and money filing their  taxes.

For years, people have begged Washington for a tax code that is simple and easy to understand. Under our blueprint, that’s exactly what they will find—especially come Tax Day on April 15. For the first time in modern history, most workers and families will be able to file their taxes on a form as simple as a  postcard.

Second, a tax code built for growth must support the success of America’s small businesses and the millions of workers they employ. To promote job growth, for the first time small businesses will no longer be taxed under the individual side of the code. Instead, they’ll benefit from a critical distinction between wage and business income. This allows for a lower tax rate for small businesses of 25%—the lowest tax rate on pass-through income since before World War  II.

Job creators of all sizes will also be able to take advantage of full and immediate expensing on investments in new equipment and technology—another historic first. This zero tax rate on new business investment is a vast departure from today’s complex depreciation rules, which direct businesses to write off purchases over long and often arbitrary periods of  time.

Full and immediate expensing is widely recognized as one of the most pro-growth tax policies around. The ability to immediately deduct the costs of capital investments will help employers improve worker productivity and output—which grows Main Street jobs. And with these savings, businesses across the country will have more freedom to grow, hire new workers and increase  wages.

To help American businesses compete and succeed in the ever-changing global tax environment, the House Republicans’ blueprint takes major steps to transform America’s outdated international tax system into one of the most modern, pro-growth systems in the  world.

It starts by cutting America’s 35% corporate income-tax rate—the highest in the industrialized world—to a flat 20%. This is the largest corporate-rate reduction in U.S. history, and is achieved by eliminating dozens of crony tax carve-outs that hinder the nation’s economic potential and keep rates artificially high for  everyone.

Next, the blueprint dramatically levels the playing field for America’s businesses by bringing the U.S. tax system more in line with those of our international competitors. In a change designed to strengthen our global competitiveness, American job creators will no longer be taxed both abroad and at home on the same dollar of income. There will be a zero tax rate on dividends brought home to  America.

Additionally, the new blueprint encourages American companies to bring home trillions of dollars of income that is currently “stranded” abroad—money that can be invested in U.S. communities to create new jobs, increase wages, and grow American  businesses.

And because “Made in America” products and services currently face a price disadvantage both at home and abroad, American exports will no longer be taxed, and imports will not be subsidized. Competition will occur on price, quality and service—rather than tax  regimes.

Finally, a simpler, fairer tax code demands a simpler, fairer tax collector. This new tax system returns power back to the taxpayer, and puts the primary focus of the Internal Revenue Service back where it belongs—on serving American taxpayers. The current IRS will not exist, but will be redesigned into three distinct service units—one staffed with expertise on business taxation, and another focused on state-of-the art customer service to families and  individuals.

This “built for growth” tax blueprint is just the beginning of our conversation. This is not Congress’s or the GOP’s tax code—it belongs to the American people. House Republicans will spend the coming months listening to and incorporating feedback from our constituents. We want all Americans to know we are dedicated to delivering a tax code that truly works for them—one that is built for growth and built on simplicity and  fairness.

Rep. Brady, a Republican from Texas, is chairman of the House Ways and Means Committee.