The partial shutdown of the federal government earlier this month didn't take the steam out of the U.S. economy, according to the American Chemistry Council's (ACC) monthly Chemical Activity Barometer (CAB), released today. Furthermore, billions were saved in government spending because of the forced curtailment of spending because of the shutdown. 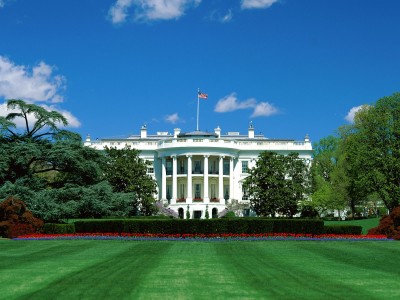 The Chemical Activity Barometer is a leading economic indicator, shown to lead U.S. business cycles by an average of eight months at cycle peaks, and four months at cycle troughs. The barometer increased 0.3 percent over September on a three-month moving average (3MMA) basis, and remains up 3.1 percent over a year ago. It continues to be at its highest point since June 2008. Prior CAB readings for July through September were slightly revised.

“Despite the uncertainty being fueled by political gridlock in Washington, the fundamentals of our economy appear to be healthy,” said Dr. Kevin Swift, chief economist at the American Chemistry Council. “This month's Chemical Activity Barometer is up 0.3 percent and this follows upticks in August and September as well,” he said.

Though some recent reports have hinted at a slowing of consumer spending, these are likely related to news coming out ofWashington, according to Swift. “Production of plastic resins used in consumer applications appears actually to be strengthening, suggesting further gains driven by consumers. This bodes well for retailers as the important holiday shopping season approaches,” he added.

Other notable benchmarks within the barometer also held strong. Chemical equities continued to outpace the overall market, as measured by the S&P 500 and inventories and new orders expanded, likely restored by a return of business confidence following the end of the government shutdown.

The Chemical Activity Barometer is a leading economic indicator derived from a composite index of chemical industry activity. The chemical industry has been found to consistently lead the U.S. economy's business cycle given its early position in the supply chain, and this barometer can be used to determine turning points and likely trends in the wider economy. Month-to-month movements can be volatile so a three-month moving average of the barometer is provided. This provides a more consistent and illustrative picture of national economic trends.

Applying the CAB back to 1919, it has been shown to provide a longer lead (or perform better) than the National Bureau of Economic Research, by two to 14 months, with an average lead of eight months at cycle peaks. The median lead was also eight months. At business cycle troughs, the CAB leads by one to seven months, with an average lead of three months. The median lead was also three months. The CAB is rebased to the average lead (in months) of an average 100 in the base year (the year 2007 was used) of a reference time series. The latter is the Federal Reserve's Industrial Production Index.

*Percentage changes may not reflect index values due to rounding.