With today’s updated numbers from the Congressional Budget Office (CBO) showing a decline in projected budget deficits, The Concord Coalition warned lawmakers not to be lulled into a false sense of security that the fiscal status quo is sustainable.

“A lower deficit is good news but hardly the end of the story,” said Robert L. Bixby , Concord’s executive director. “For the most part, it reflects a recovering economy and other factors that do not affect the long-term structural mismatch between spending and revenues. Looking at the second five years of today’s projection, when the debt is again growing faster than the economy, shows that we still have a lot of work to do.”

In today’s report, CBO projects a deficit of $642 billion this year followed by declining deficits through 2015. From $378 billion at that point, however, deficits would grow to $895 billion by 2023. 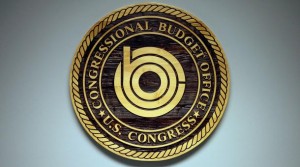 “There is no mystery about why the long-term fiscal challenge remains,” Bixby said. “Our population is aging and that means relentlessly higher spending on Social Security, Medicare and Medicaid, which already comprise 45 percent of the budget. Steps that have been taken so far to control the deficit have failed to address this core problem and will soon be overwhelmed by it.”

Over 10 years, CBO projects deficits totalling $6.3 trillion, a reduction of $618 billion from the February baseline. The positive changes were not the result of actions taken by Congress to reduce the deficit. Instead, they were the result of  “technical” changes made for reason not fully explained by legislative or economic factors.

While the recent slowdown in health care inflation has led CBO over the last year to re-estimate ten-year health care spending by $740 billion, those technical changes can easily be reversed. Given the uncertainty about the trend, and knowing the strain the aging population alone will put on the government’s health care programs, policymakers would be wise to heed the recent calls from numerous bipartisan groups to double-down on health care cost control and encourage the budding health care system transformation currently underway.

As Concord Coalition board member and former Senator Sam Nunn (D-Ga.) and former Senate Budget Committee ChairmanPete Domenici (R-N.M.) wrote in a recent op-ed, “Ultimately, we must enact changes to preserve, adjust and strengthen the major entitlement programs: Medicare, Medicaid and Social Security. We must also enact fundamental tax reform that raises revenues by cutting back on the trillion dollars of annual tax breaks that are essentially government subsidies run through the tax code.”

Despite the clear warning signs, budget negotiations have come to a halt.

“Conventional wisdom seems to be that nothing will happen until the debt limit brings on another crisis later this year,” Bixby said. “That reckless strategy is likely to end in another short-term ‘fix’ that accomplishes little other than political face-saving.”

The Concord Coalition is a nonpartisan, grassroots organization dedicated to fiscal responsibility. Since 1992, Concord has worked to educate the public about the causes and consequences of the federal deficit and debt, and to develop realistic solutions for sustainable budgets.