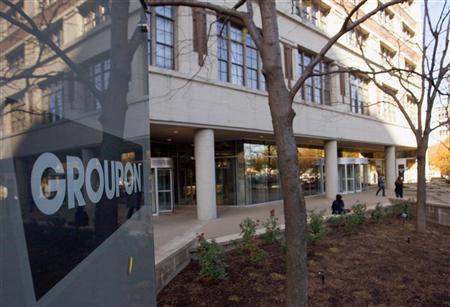 At the annual Groupon shareholder meeting Tuesday in Chicago, The National Center for Public Policy Research requested and received a pledge from Groupon management that it will be “content neutral” in regard to the deals it offers to Groupon members.The National Center’s Free Enterprise Project Director Justin Danhof attended the meeting to request the content neutrality pledge after PETA announced it will attend Groupon’s 2015 shareholder meeting to ask Groupon to adopt a content bias policy that would prohibit circuses from offering deals to Groupon members.

“Groupon’s executive team sent a loud and clear message to activist organizations trying to dictate what deals the company offers – your opinion is not welcome. Multiple company leaders told me that the company offers deals and services that their customers want, and that is what drives its business,” said Danhof, who also serves as the National Center’s general counsel. “I told them to ignore the whims of the political class in light of PETA’s pressuring the company to cancel certain zoo and circus deals. After today’s meeting, I am confident that Groupon will not bow to PETA’s will, nor to the will of the next activist organization that comes to dictate what products Groupon offers.”

“After the meeting, Groupon’s Head of Communications Paul Taaffe approached me to reiterate that the company does not make any business decisions based on politics. He explained that Groupon reacts to customer demand and interest, noting that when the customer wants something, Groupon provides it. When they don’t show an interest, Groupon doesn’t offer the product. That very simple message is a victory for Groupon and the free market, and a very clear defeat for PETA and its ilk.”

Justin Danhof’s question to Groupon, as prepared for delivery, is available here.

It seems that hardly a week goes by without a news story about left-wing organizations pressuring businesses to cave in and endorse some aspect of the left-wing agenda,” said Amy Ridenour, chairman of the National Center. “We learned from a story by Ellen Jean Hurst in the April 22 Chicago Tribune that PETA plans to attend Groupon’s 2015 shareholder meeting to pressure Groupon into becoming one of its activists. Unfortunately for PETA, it did not buy shares soon enough to attend this year’s meeting, but we did. So we went first. We asked Groupon to be content-neutral; that is, equally fair to every point of view and every legal product. We are pleased to say that Groupon not only said ‘yes,’ but did so emphatically. We congratulate Groupon’s management.”

PETA says it will attend Groupon’s annual meeting on May 20 to begin the battle to pressure the daily deals site to stop doing business with circuses and zoos with records of animal abuse and neglect.

The animal rights activist group said on Monday that it has purchased 359 Groupon shares for more than $2,000 in hopes that it can influence what companies are allowed to run deals on the site, but that purchase — made on April 15 — missed the cutoff of March 30 for shareholders allowed to attend the annual meeting.

PETA vowed to attend the meeting next month whether or not it was allowed inside. If it’s left out, PETA’s deputy general counsel Delcianna Winders said it will instead hold a protest outside…

Later today, May 21, at 9 AM Pacific time, Justin Danhof, representing the National Center for Public Policy Research, will attend Amazon.com‘s annual shareholder meeting in Seattle. Like Groupon, Amazon.com is being pressured by left-wing activists to treat certain segments of the population differently, depending upon the activities of their legal businesses or their political or religious views. We will urge Amazon to be content neutral, as Groupon has pledged to be, always steadfast in its objectivity and treating everyone engaged in legal activities in an equal manner.”

The National Center will also be represented at Comcast’s annual shareholder meeting today in Philadelphia, on other issues.

The National Center for Public Policy Research, founded in 1982, is a non-partisan, free-market, independent conservative think-tank. Ninety-four percent of its support comes from individuals, three percent from foundations, and three percent from corporations. It receives over 350,000 individual contributions a year from over 96,000 active recent contributors.

Contributions are tax-deductible and greatly appreciated.