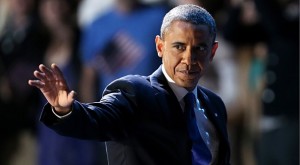 According to the NFIB, the answer is yes. National Federation of Independent Business (NFIB) President and CEO Dan Danner made the following statement in response to today’s corporate tax reform speech by President Obama:

“Once again President Obama has made a major policy speech without offering anything of substance to the real engine of the U.S. economy – small business,” said Danner. “A corporate-only approach to tax reform will ensure that small business shoulders a much greater tax burden than mega-corporations that have been gaming the system for years.

“Over 75 percent of all small businesses in the United States are taxed at the individual rate. By focusing on corporate-only reform, the President will disadvantage the innovators, the job creators, and the leading pillars of local communities. Any discussion of tax reform must include both corporate and individual rates so that there is a level playing field for businesses of all sizes.”