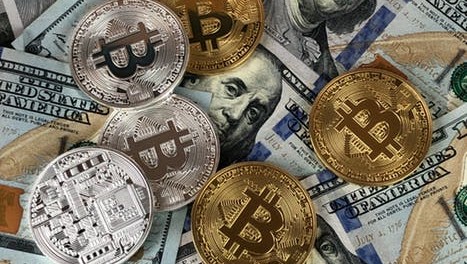 Take a look at blockchain technology, and you can see its immense potential to not only streamline but also accelerate business processes, and increase cybersecurity.According to the data gathered in a recently published infographic about blockchain, this tech will also reduce/completely eliminate the roles of centralized intermediaries or authorities in a number of industries and sectors.

The blockchain technology serves as public or private distributed databases that contain every transaction ever made between participants in the given network. These databases are encrypted into time-stamped blocks through a cryptographic hash function. The technology supports what we term as smart contracts, a feature that can be used to validate whether terms of a contract are fulfilled by both parties.

Let us look at some of the 6 industries that blockchain is likely to disrupt or has already started disrupting.

The supply chain management is characterized by complexities and a lack of transparency which is why there is a growing interest to see how blockchain technology, if implemented, can transform it. Blockchain will likely rise to the occasion given that it provides the essential components that are reliability, consensus, and integrity.

Networking and Internet of Things

Blockchain technology has a reliable peer-to-peer communication model which can facilitate effective IoT ecosystems. In return, software-defined networking can be further simplified through the blockchain tech by utilizing its distributed model of data storage. This will play a significant role, especially to those anticipating a shift in the cloud-based infrastructures.

Because of its potential to fully replace intermediaries, blockchain will improve transparency of record keeping, reduce error-prone processes, and eliminate manual paperwork. This will provide operational efficiency for insurance businesses. Other insurance types, such as healthcare, property and casualty insurance, and reinsurance will also find significant benefits in terms of risk reduction and business efficiency.

Cloud infrastructure providers also face disruption from blockchain. The easiest way to see how blockchains are going to disrupt cloud technologies is in the way their mechanism is designed to distribute computing workloads. Well, we already have blockchains that are offering distributed cloud storage.

In essence, instead of operating in a centralized economy, providers and users of cloud technologies will work directly with one another. This will result in costs being defined by supply and demand and not dependent upon monopoly and price fixation.

Blockchain is a technology regularly associated with digital cryptocurrencies, but this tech has the potential to transform the charity sector as well. This will especially be clear in terms of enhancing transparency and building trust.

Distributed ledger technology, which underpins the blockchains, can be used to create and distribute immutable systems of records among the network participants, thus eliminating the need to put trust in a third party.

Most importantly, however, is that the charity sectors need the blockchain tech if they are to eliminate its number one problem, which is to keep track of funds. Blockchain technology, by providing a complete audit trail of the funds, can bring more transparency to the sector. This, in turn, can help make the system sounder by eliminating the possibilities of corruption and other irregularities.

Governments are now facing an impending major disruption from blockchain technology. With citizens now calling for smart governance, the system as we know it is about to change. It is easy to see governments adopting blockchain, given that it has the ability to manage a process step by step, tracing each phase of it, the mechanisms, and the cycle of operations.

Processes and operations such as tax collection, identity management, service distribution, government registers, and national digital currencies are on the path of blockchain disruption. The implication of blockchain technology in public administration and governance is that it will lead to simplification of internal processes, reduce transaction costs, efficient data exchange, and reliable interactions.