By Darcy Kahrloff, Special for US Daily Review.

The leadership in the Republican Party is playing a very dangerous game.  Presidential candidate Mitt Romney, Speaker John Boehner, and Senator Mitch McConnell are each singing the same tune regarding ObamaCare – Repeal and Replace!  The American people don’t like the Affordable Care Act, and want it repealed.  However, talking about replacing ObamaCare is disconcerting for a number of reasons. 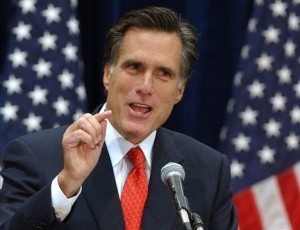 Romney Needs to Make His Message Simple and Clear

The GOP believes they are reaching out to the moderates and independents when they say they plan to replace ObamaCare.  That is probably true.  Unfortunately it leaves Mitt Romney open for some huge attacks from the Obama campaign.  RomneyCare is as unpopular as ObamaCare, and President Obama could easily use the law against Romney during debates.  The Republicans have not stated what they want to replace the Affordable Care Act with, and need to come up with some talking points quickly.

Another problem with saying “Repeal and Replace” is it could delay the repeal process, while politicians work on replacement legislation.  Some will say that we must replace ObamaCare with something because there is this healthcare crisis in America.  The healthcare crisis was manufactured by the Obama administration, and our conservative legislators should not fall for these talking points.  Although there are definite problems with our healthcare system, including rising costs and and a lack of portability, ObamaCare creates many more problems and needs to be repealed immediately.

Finally, what will the new replacement legislation be?  American citizens should be wary of any new laws that come from either side of the aisle.  If they replace the Affordable Care Act with ObamaCare-lite, only getting rid of the mandate (tax) while leaving in government panels and not increasing competition, then Americans have been misled once again!  The Republicans need to articulate their plan, putting out a point by point declaration.

The GOP need to stop talking about replacing the Affordable Care Act, and stick to promising to repeal it.  While ObamaCare has some popular aspects, the law is moving our country closer to socialism every day.  Americans don’t want the government telling them what treatments are best for them, or whether they are too old to have surgery.  Americans want more choices, increased competition, and the freedom to decide what is best for them.