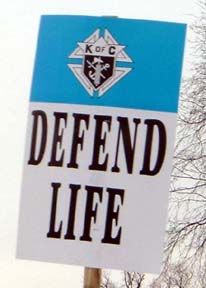 The U.S. Department of Health and Human Services’ final rule on its mandate that requires employee health insurance for contraceptives, including abortion-causing drugs, and female sterilization does not appear, on first analysis, to eliminate “the need to continue defending our rights in Congress and the courts,” CardinalTimothy Dolan of New York said July 3.

Cardinal Dolan issued the statement, after reviewing the ruling HHS made public June 28.

Cardinal Dolan, president of the U.S. Conference of Catholic Bishops, listed three areas of concern based on the March 2012statement of the Administrative Committee, United for Religious Freedom: (1) the narrow definition of “religious employers” that are exempted, (2) the “accommodation” of religious ministries excluded from that definition, and (3) the treatment of businesses run by people who seek to operate their companies according to their religious principles.

“We are concerned as pastors with the freedom of the Church as a whole—not just for the full range of its institutional forms, but also for the faithful in their daily lives—to carry out the mission and ministry of Jesus Christ,” Cardinal Dolan said.

A first concern with the definition of “religious employer,” and the third concern with faithful business owners and other individuals, still have not been addressed at all.  The second area of concern—the “accommodation” for religious charities, schools, hospitals, and other ministries of service—appears mostly the same, except for three relatively small changes that will require more time and analysis to evaluate.

The statement notes that the Conference “will have more to say when this aspect of our analysis is completed.”

Cardinal Dolan also repeated the gratitude he expressed June 28 for HHS’s five-month extension before implementation of the ruling, which threatens huge fines from the IRS.

Last Friday, the Administration issued its final rule regarding the HHS mandate, which requires healthcare coverage for sterilization, contraception, and drugs and devices that may cause abortions.  That same day, I issued a brief statement indicating that the Conference would take the time necessary to analyze the 110-page regulation carefully and offer a fuller statement in due course.  As I noted then, we appreciate the five month delay in enforcement, in part because it affords us the time for that necessary analysis and response.

Although the Conference has not completed its analysis of the final rule, some basic elements of the final rule have already come into focus.  It is useful to report promptly on what we do know, and also to identify where further study is needed.

Once again, the statement United for Religious Freedom—issued by the U.S. bishops’ Administrative Committee in March 2012, and affirmed by the entire body of bishops in June 2012—provides the framework for examining the final form of the HHS mandate.

We can already tell how the final rule fares in the first and third categories, because there have been no changes in those areas since the proposed rule of February.  At that time, we made clear that all but one of the problems we originally identified with the definition of “religious employer” remained in place, and that the proposed rule actually made matters more troubling by preventing dioceses and other exempt employers from extending their coverage to the employees of service ministries that are not exempt.  We also made clear in February that the proposed rule, like earlier versions, made no provision at all for individuals and for-profit businesses.  Because the final rule remains the same in these areas, so do our concerns.

In the second category—the “accommodation” for religious charities, schools, and hospitals—the overall structure remains the same as under the proposed rule.  There are, however, some relatively small changes to the “accommodation” that will take more time to evaluate.  But even now, it is clear that the final rule does at least three things differently from the proposed rule.

Following United for Religious Freedom, we will continue to examine the extent to which these changes tend to “force [these religious ministries of service] to violate their own teachings within their very own institutions,” in turn “undermin[ing] the effective proclamation of those teachings to the faithful and to the world.”  We will have more to say when this aspect of our analysis is completed.  At this point, however, our study has not discovered any new change that eliminates the need to continue defending our rights in Congress and the courts.