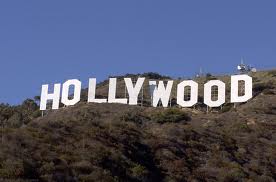 Ponder this: The people that like to lecture us the most on bullying or self-esteem are some of the worst at name calling, making fun of, criticizing how people look, and editing magazines of models that are so “perfect” that no one could live up to that image.

I saw an article today that talked about a advertising company that was taking models heads and putting them on computer generated bodies. How are real women supposed to feel good about our bodies when both men and women look at those and wish we could look like that?

I have noticed lately too, on celebrity websites, they compare how a celebrity has aged. They are picking at how many wrinkles they have, or how much hair they have lost or how much weight they have gained. What is funny to me is they actually commented on how nice some of them have aged but failed to mention that these men and women had plastic surgery (lots of it). They also like to show pictures of celebrities without make up and discuss how horrible they look.

Who looks like a movie star when you don’t have a make-up artist or hairstylist fixing your hair. Sometimes I actually think they look better – wow, they actually look real!

I hate their double standards. And while I enjoy movies and television as much as the next person, I don’t think they actually represent main stream Americans.

Celebrities that live in Hollywood for the most part, live in a bubble. They comment on the corrupt social economics of our country, yet they make hundreds of thousands to millions of dollars for a few months work, they get lots of free things from stores who want their names out there, they get special treatment and people lavish attention on them.

I have nothing to say about how much money they make. If studios or whoever else want to pay them that amount, great, more power to them. But don’t lecture me about how the poor people live and how bad the free market is and so on. Don’t tell me about how Planned Parenthood helps mothers who cannot afford to go to the doctor, or that I need to believe that the polar ice caps are melting and polar bears are drowning.

But really, people need to stop worshipping celebrities. They are people. They put one pant leg on at a time, they all throw up, break wind and look horrible in the morning, just like the rest of us. They just have jobs that keep them pampered and happy. But they give up a lot for it. Frankly, I would rather not have all the attention so I can throw my hair in a ponytail, wear my pajamas and go outside and check my mail without worrying about someone taking my picture.

There was a time when celebrities knew that is was the people that made them who they are. They just wanted to entertain and make us forget ourselves for just a moment. They were careful to remember that they work for us – if we don’t go to their movies they won’t be famous for long.

Being rich or famous doesn’t make you special – how you treat people, how you talk to and about people, and remembering where you came from – now that, makes you special.