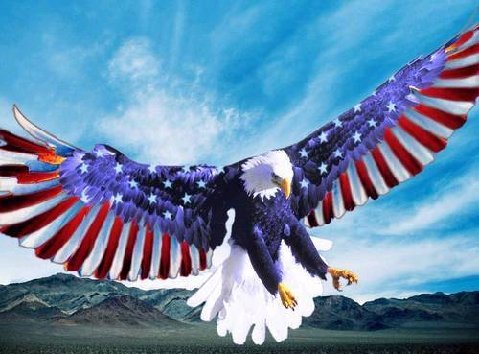 I had an epiphany today. I will admit, I’ve been so confused by the desire of some Americans to set Barack Obama up as a king or dictator. I’ve even gone as far as to be horrified at the thought that any American would ever entertain such heresy.

However, I was reading an old book the other day, published in 1830, and came upon the story of a group of people called the kingmen, and suddenly understood. These people demanded a king to rule over them, and they were adamant they had no desire to be otherwise ruled. And it hit me, there are always have been, and always will be, people such as these. These are  people utterly terrified of being responsible for themselves, and they desire to have someone tell them everything they must do, and cannot do.

For them, the thought of striking out on their own, in business or anything else, literally cripples them with fear. When life gets difficult, all they can think is “who will bail me out?” The thought of rolling up their sleeves, picking up a metaphorical shovel, and digging themselves out of their current troubles causes them to tremble. And this is such a foreign concept to most Americans, for we are a people who carved a nation out of this unforgiving land. Through good times and bad, Americans have risen to the occasion and powered through.

The Founding Fathers gave us a republic for the express reason it was the only form of government that could survive longer than a couple of centuries. And it has, the U.S. Constitution written for 13 colonies still works for 50 states. What was created to be the rule of law for 3 million, works just as well for 350 million, with very few amendments to it, relatively speaking.

Last week I read another book, Chris Stewart’s Seven Miracles That Saved America, and it became so clear to me the fabric that comprises the American patriot. I came to understand the true measure of American exceptionalism and the purposes of this great nation. I believe with everything in me that America was created for the single purpose of being that shining city on a hill to the world. For there is no other nation such as America to be found anywhere on earth.

“…America still represents something important to Him [God]. Because there is still so much good around us. Because there are still enough patriotic citizens seeking for the good of, praying for the blessings of, and sacrificing for the benefit of this nation, as to ensure our continued existence as the “shining city on the hill. This is God’s chosen nation. His magnificent cause.” Seven Miracles That Saved America, p.14

If a king, queen, dictator or despot is what you crave, there is one in every other nation in the world. If you want to be free, there is only one country where that is possible, and that’s America.

America is no place for the faint of heart. We are a nation founded on the blood, courage, and loyalty of patriots dedicated to the cause of freedom and liberty. As Abraham Lincoln said at Gettysburg, “we shall either nobly save, or meanly lose, the last great hope of mankind.” We cannot, nay, we will not succumb to the cowardly. Nor will we lose what great men died to protect. America is the land of the free, and home of the brave, and ever will be.