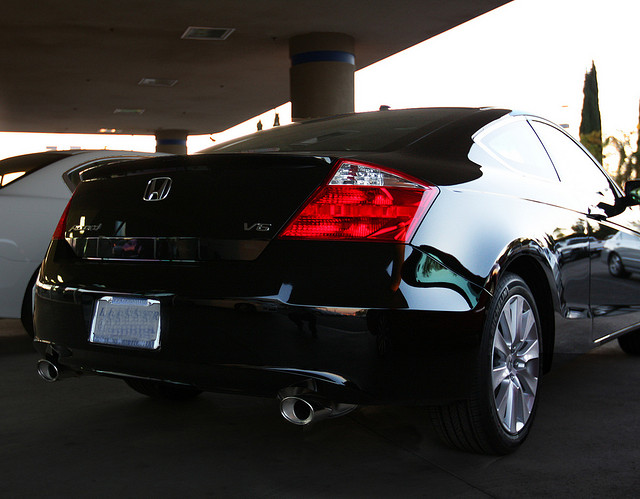 Honda Accord America’s most stolen vehicle in 2013. Photo by Rennett Stowe.

The National Insurance Crime Bureau (NICB) recently released its annual Hot Wheels report which identifies the 10 most stolen vehicles in the United States.

The report examined vehicle theft data submitted by law enforcement to the National Crime Information Center (NCIC) and determined the vehicle make, model and model year most reported stolen in 2013.

Also in the release was a list of the top 25 2013 vehicle makes and models that were reported stolen in calendar year 2013.

For 2013, the most stolen vehicles* in the nation were (total thefts in parentheses):

The following are the top 10 2013 model year vehicles stolen during calendar year 2013:

After a slight increase in 2012, the FBI predicts a reduction in national vehicle thefts of 3.2 percent when final 2013 statistics are released later this year.

“The drop in thefts is good news for all of us,” said NICB President and CEO Joe Wehrle. “But it still amounts to a vehicle being stolen every 45 seconds and losses of over $4 billion a year. That’s why we applaud the vehicle manufacturers for their efforts to improve anti–theft technology and pledge to continue to work with our insurance company members and law enforcement to identify and seek vigorous prosecution of the organized criminal rings responsible for so many of these thefts.”

Nonetheless, drivers must still be vigilant and protect their vehicles from theft.

*This report reflects stolen vehicle data contained in NCIC and present in the “NCIC mirror image” when accessed by NICB on March 1, 2014. NCIC records may contain errors based on inaccurate entries submitted by reporting agencies. Full size pickups include half ton and larger capacity models for all makes.