In an overwhelming vote of 16-1, Houston Mayor Annise Parker and Houston City Council today approved Southwest Airlines’ plans for international service at Hobby Airport (HOU). The expansion will mean flights to Latin America from Hobby by 2015, if the federal government approves a new customs facility necessary to screen international passengers. 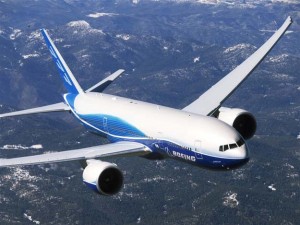 Construction is planned for the spring of 2013. In the interim, the City will work closely with SWA and the Federal Aviation Administration to obtain the necessary federal approvals as well as a commitment for an adequate number of customs and border patrol agents at both of our airports.

Last week, Mayor Parker unveiled the proposed agreement under which Southwest Airlines will cover all costs related to the $100 million expansion. The Memorandum of Agreement (MOA) requires Southwest Airlines to design and build the five new gates and customs facility to the City’s specifications.  When finished, the City will own the improvements debt free.

In return for its investment, Southwest Airlines will have preferential scheduling rights and pay no rent for its use of four of the five new international gates, and will also pay no rent for its use of the customs facility. The fifth additional gate and the customs facility will be available for use by all other airlines at Hobby, but unlike Southwest Airlines, the other airlines will pay rent.

An independent study commissioned by the Houston Airport System indicates that increased competition will lower fares that entice additional passengers to travel through Hobby.  Many of these additional travelers will be visitors to Houston and this will drive job growth in Houston’s tourism, hotel, retail and restaurant sectors.  The overall impact is job creation and an annual net positive economic impact for the greater Houston metropolitan area.

The addition of international service at Hobby will mean approximately 20 more departures daily, which is still far below the historical record-setting activity levels of 1997. Southwest Airlines intends to utilize new 737 aircraft that are more efficient and quieter than older models, thus eliminating impact on the surrounding neighborhood.

Visit YouTube to watch responses on the vote: http://youtu.be/_goSwwbIWj0