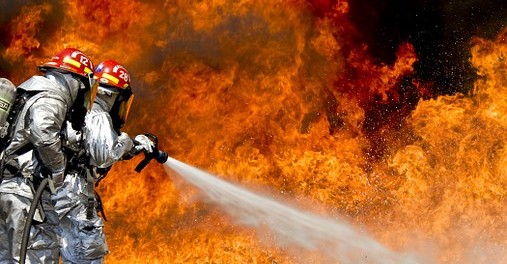 The American workplace is filled with safety hazards and accidents. In 2017, there was 2.8 million different nonfatal workplace injuries, which naturally led to a lot of claims.

There are a lot of misconceptions about the claims industry in the US. Many like to see it as an army of ambulance chasing lawyers trying to squeeze millions out of employers for relatively minor bruises.

But that couldn’t be further from the truth, you can learn more by talking to lawyers like Marc Saperstein if you want to go into more depth.

First, it’s important to dispel the big myth about the accident claims industry. There are frivolous claims that make headlines, but 99% of claims come from genuine people who are simply trying to get the compensation they deserve.

An American worker is injured every seven seconds on the job. These are stunning statistics, but they explain why there are so many lawyers and so many claims.

This is the first time in history that the average person has had access to legal representation. Previous generations of workers got nothing and didn’t even get the chance to get the justice they deserve.

What’s the Role of a Lawyer in the Accident Claims Industry?

The role of a lawyer is to proceed with your claim until the end. Understand that the courtroom dramas you see on TV are rarely replicated in the real world.

The truth is that going to court is in nobody’s interest. The defendant just wants to get the case over and done with, without risking paying out even more.

And the claimant just wants to get the money they deserve. So a lawyer’s first goal is to try to calculate a suitable settlement out of court.

Many cases will never see the person bringing the claim going to court. After providing their evidence to their lawyer and deciding on the amount offered by the party liable, they have no other role to play.

What Do You Need to Do When Making a Claim for an Accident in the US?

Claims are made up of everything from medical bills to time away from work. Severe injuries may even warrant compensation for anxiety. About 230,000 injuries required time off work last year, so even simple injuries can warrant big settlements.

The first step is to provide evidence to your attorney. Anything from medical receipts to pictures can serve as evidence. They will also look for security footage, if there is any, as it’s a concrete way to prove the reason for your claim.

The case will be filed, and your attorney will begin negotiations with the company and their insurer. If any settlement is offered, you will need to decide whether to accept.

There are a lot of hurtful stereotypes about the accident claims industry in the US. And most of them are false.

If you’ve sustained an accident at work, it’s time to hire an attorney today!