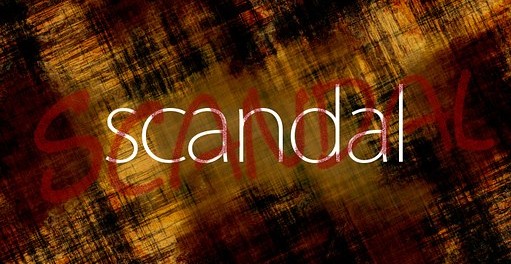 The modern era of business is one plagued by scandal and ethical problems. With the age of social media, it makes it more likely not necessarily for scandals to occur, but that they will become widespread public  knowledge.

Current news has plenty of big scandals. One big one was the resignation of Nashville mayor Megan Barry. She was using government money to pay for trips between her and her bodyguard, with whom she was having an  affair.

At the end of 2017, the news was about the many companies who were part of the #MeToo movement, with sexual harassment and misconduct being outed at some of the world’s biggest  companies.

It’s so important from a financial and also from a branding and perception standpoint for businesses to try and avoid scandals at all  costs. And to ensure that you have enough knowledge about the law, you can hire the best employment lawyer to discuss with you every important detail in handling your employees.

The following are some ways companies can work to keep out of the limelight for all the wrong  reasons.

There are things that can be avoided if proper controls are in place. One example of this is expense management. This was a big issue in the instance of Megan Barry, but she’s not alone. Certain members of the President’s administration have been under fire for their own handling of travel and expense  costs.

Companies also often end up having to pay fines and other sums of money if there is expense fraud  happening.

With the best expense management software, small issues can be automatically flagged and dealt with before they become much  larger.

It’s up to businesses to remain modern in their reporting and controls and keep their eye out for red flags. So many scandals start out small and are manageable, but yet nothing is done about them until they  grow.

There is a tendency to train employees on their job roles, but company managers and leaders might not be trained. Employees also aren’t trained on certain ethical  considerations.

Everyone within an organization needs to be trained on topics such as fraud prevention, sexual harassment, and inclusion. No one should be excluded from these types of training. Companies should also ensure that they document all training so that they have it on  file.

Along with travel expenses and sexual harassment, another huge area of scandal for a lot of companies in recent years has been related to cybersecurity. Hackers have targeted consumers and shoppers of some of the biggest companies in the world ranging from Target to  Equifax.

These types of scandals diminish trust in a brand, and they can be extremely hard to come back  from.

It’s up to organizations to be proactive to protect themselves and their employees on cybersecurity best practices and to have the necessary security processes in  place.

Finally, a business should never make whistleblowers feel like they’re going to be retaliated against. That’s not only against the law but can create opportunities for  scandal.

Whistleblowers are actually a form of protection against a scandal become larger or getting out of  control.