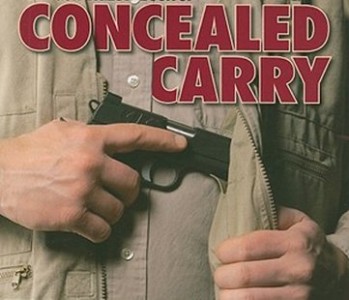 As part of its ongoing Carry License Sunshine and Compliance Initiative,California-based gun rights group The Calguns Foundation (CGF) has published two new reports on handgun carry licenses in the state, which can be viewed or downloaded for free at www.calgunsfoundation.org/carry.

Based on data from the California Department of Justice and other government sources, the Foundation’s reports show an increase of nearly 30,000 handgun carry licensees since it began efforts to make California “shall-issue” in May of 2009, when it and the Bellevue, Washington-based Second Amendment Foundation filed the first “right to carry” Second Amendment lawsuit in the nation since the Supreme Court’s historic D.C. v. Heller decision in 2008.

Then-Sheriff for Sacramento County, John McGinness, settled the lawsuit by changing his policy to accept the Second Amendment right to armed self-defense as “good cause” for the issuance of licenses to applicants without a criminal history. However, that lawsuit continued against Yolo County Sheriff Ed Prieto and is currently pending decision at the federal Ninth Circuit Court of Appeals in San Francisco. Case filings for Richards v. Prieto can be found on CGF’s online Wiki atwww.bit.ly/richards-v-prieto.

“Californians are watching the news and hearing about thousands of criminals being released from prison early, robberies, assaults, and all sorts of other horrors,” explained Brandon Combs, CGF’s Executive Director. “It makes total sense that they’ve responded by acquiring handgun carry licenses so they can defend themselves and their loved ones when they’re away from home.”

The number of Sacramento County residents with a carry license, for example, has grown from 269 in 2010 to 3,764 in 2013, the DOJ’s records show. That reported increase, some 1300% in just 3 years, doesn’t account for a significant number of pending applications, those on Sacramento’s months-long waiting list, or those who can’t get on the waiting list.

“We’re encouraged with the improvement our reports show, but the total number of California licensees is still far too low,” said Combs. “Unconstitutional policies are still preventing tens of millions of law-abiding Californians from exercising their fundamental Constitutional rights. We’re going to fix that, whatever it takes.”

The Calguns Foundation’s many carry license reform victories include forcing San Francisco County’s former sheriff Michael Hennessey to institute a way for residents to apply for a handgun carry license after exposing that his lawyer was the only person licensed in the county, Ventura County’s near-total adoption of CGF’s Model Handgun License Policy, and a settlement with Merced County stipulating changes to its policies to bring them in line with state law.

“We are in the process of evaluating the carry license policies of all 58 California sheriffs, as well as some police chiefs,” noted Combs. “Based on what we’ve seen so far, it’s a safe bet that we will be filing more lawsuits in 2014.”

“All we ask for is that these law enforcement officers respect civil rights and follow California law. It’s not unreasonable for the public to expect at least that much of its employees.”

As reported on the Foundation’s website, CGF’s Carry License Sunshine and Compliance Initiative uses grassroots-funded research, publication, and litigation to:

Those wishing to help make California “shall-issue” and support carry license reform can make a tax-deductible donation to The Calguns Foundation at www.calgunsfoundation.org/donate.