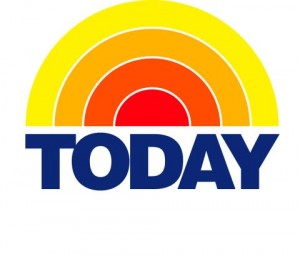 While revealing the heartbreaking deception behind puppy mill dogs, ADR plans to implement massive efforts uncovered by the HSUS in cracking down on an industry which perpetuates a cycle of animal cruelty.  The much needed spotlight was made possible by HSUS and Benjamin continues to emphasize that Congress needs to act immediately.  Divulging the grim connection between puppy mills and pet stores and all retail outlets throughout the United States is the focus of concern that keep puppy mills thriving.

The Humane Society of the United States released the results of its 3-month-long investigation into Purebred Breeders LLC, thought to be the nation’s largest online seller of puppies. The investigation highlighted the connection between Purebred Breeders and inhumane commercial breeding facilities known as puppy mills.  Undercover HSUS investigators obtained photographs and video footage of several large-scale commercial puppy mills that supply dogs to Purebred Breeders for re-sale. This footage reveals dogs in stacked wire cages, empty water bowls, excessive build-up of feces under cages, and other unsanitary conditions typical of puppy mills.

The HSUS investigation found that Purebred Breeders owns nearly 800 Web domains designed to mislead consumers into believing that they are dealing with local breeders when they shop online for a puppy. Whistleblowers working for the company told HSUS investigators that the company sells approximately 20,000 puppies every year, using hard-sell, deceptive tactics encouraged by company executives.  Puppies purchased through Purebred Breeders are never seen by sales personnel even though they routinely guarantee the health of these animals who are often flown long distances directly from the breeding facility to the consumer.

“It’s devastating to know that we live in a country that allows these establishments to continue to feed our economy at the expense of defenseless animals,” said Benjamin. “ADR works tirelessly to stop businesses that contribute to puppy mills and the suffering of countless dogs, and bring awareness to states like Florida who are among the worst offending states.”

With an estimated 10,000 puppy mill facilities in the U.S., hundreds of thousands of dogs are bred and housed in unsanitary conditions with little or no medical care, exercise, socialization, or human interaction; countless animals have died. Benjamin’s mission remains to educate the American people not to buy, but to adopt a pet.