Few media have covered the story of the situation of Zach Shahin outside of US Daily Review and its sister radio show, the Price of Business.  In an unexpected, the head judge of the Court of First Instance ordered bail be set for Zack Shahin in all cases now pending against him. Although another judge in Tuesday’s hearing set July 15 and July 17 for judgment in two of the cases pending for Zack, this turn of events allows Shahin to suspend his hunger strike, be released from custody and more ably plan for further defense of the cases still pending, including those set for judgment.  Release of Shahin is dependent on Shahin complying with the terms set by the judge. No timetable for his release has been established, and it is hoped that this action is in response to the statement issued by the U.S. Charge d’Affaires in the United Arab Emirates, L. Victor Hurtado last Friday. 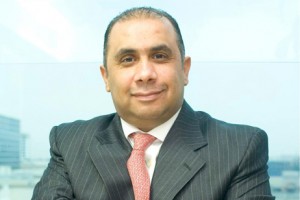 A File Photo of Shahin Long Before His Hunger Strike.

“We are cautiously optimistic of the head judge’s decision in finally setting bail for Zack.  This has been too long coming but it is welcomed nevertheless.  Our hope is that Zack can recover from his hunger strike by having professional medical attention, and more favorably assist his legal team in Dubai to respond to the baseless charges against him.

“We are very grateful for the State Department’s urgings which we assume prompted this recent development and fully expect compliance with the other urgings as contained in last Friday’s statement. We ask the Embassy and Consular officials to monitor the progress of the cases against Zack to verify the transparency of the proceedings and the protection of Zack’s rights as the cases progress.  Special recognition is extended to the diplomatic members of the American embassy in Abu Dhabi, and the diplomatic team in Dubai. Zack’s family are most grateful that the American government has given its support to an American citizen detained in a foreign country and hope to be reunited with Zack at the earliest time possible.”

In a phone statement, Zack Shahin stated: “I had reached a point that I thought I would never see an end to this nightmare.  However, with the efforts of the Embassy and Consular staff in Abu Dhabi and Dubai, I feel my ability to defend myself will now follow the rule of law in Dubai, as it should.  I am most grateful for all the people on the ground here have done for me.”