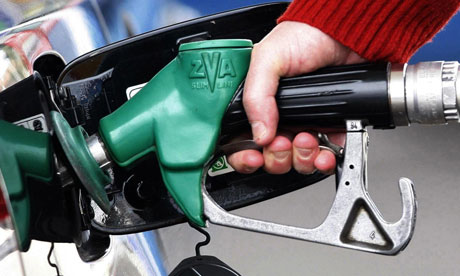 Legislation sponsored by the California Independent Oil Marketers Association (CIOMA) that would disclose hidden costs of fuel at the pump cleared a significant hurdle in the State Legislature this week.

Assemblyman Brian Jones’ (R-Santee) legislation AB 2656 requiring transparency at the fuel pump passed the Assembly Business, Professions and Consumer Protection Committee on Tuesday. This measure will ensure wholesale fuel invoices contain a disclosure of the estimated cost of the “Fuels Under the Cap” portion of the California Air Resource Board’s (CARB) AB 32 Cap & Trade regulation as a separate line item.

“Our members are having conversations with California consumers everyday who are surprised to hear that a new fee will increase the cost of a tank of gas come New Year’s Day 2015,” said Jay McKeeman, Vice President of Government Relations and Communications for CIOMA. “But they are shocked when we tell them it’s because of a state law, not the gas industry, and the money generated will not go toward greenhouse gas emissions programs and instead into the state’s general fund.”

Starting January 1, 2015, the “Fuels Under the Cap” regulation will create a significant fuel increase to California consumers. This regulation, implemented by CARB, is estimated to cost fuel manufacturers and some distributors up to 15 cents a gallon for compliance. Industry observers expect these costs to be passed along to the final consumer starting early 2015. Until now, the “Fuels Under the Cap” program has been an obscure set of regulations, and the general public and fuel consumers have little-to-no idea of what this program does, or what it will cost.

“I think [of] my constituents and I am considering my lower income constituents. I am thinking of the family that is literally putting together quarters and dollar bills to fill their gas tank to get to work,” said Assemblywoman Susan A. Bonilla (D-Concord), Chair of the Assembly Business, Professions and Consumer Protection Committee, at Tuesday’s hearing. “They are going to be the ones wondering, come February or March next year, ‘Wow, why is it costing me so much money to get to work?’”

AB 2656 passed the Assembly Business, Professions & Consumer Protection Committee with 8 “aye” votes, 5 “no” votes and one abstention. It now moves to the Assembly Appropriations Committee.

“CIOMA applauds the bi-partisan committee for supporting this legislation,” McKeeman said. “And our members will continue to promote transparent costs at the fuel pump.”

CIOMA is a non-profit, statewide association of convenience store owners, independent wholesale and retail marketers of gasoline, diesel fuel, jet fuel, lubricating oils and other petroleum and energy products. Our mission is to promote and defend the trade and traditions of independent energy marketers and related retail operators, thereby preserving the customer’s right to choose.