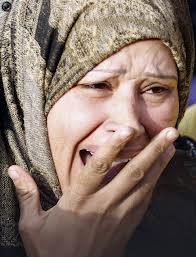 The portrayal of this as a military coup is an insult to the Egyptian people and a denial of their constitutional right to remove elected government officials from office when they fail to perform as promised.  The armed forces did not initiate the protest nor did it replace the president; they simply did what they are constitutionally bound to do, which is to execute the will of the people.

President Morsy won the election by 51.7% which amounted to only 13.2 million votes; only a fraction of the 22 million who signed the “Rebel Form,” or the 33 million who took to the streets demanding his ousting.  While in office, President Morsy not only failed to deliver on his campaign promises, but he mishandled the economy, leading Egypt to the verge of bankruptcy.  He pushed through a constitution written exclusively by Islamists, allowed extremists to openly persecute Coptic Christians with impunity, and primarily concentrated on garnering political power for Islamists by appointing them to key positions throughoutEgypt, including the appointment of a member of the terrorist organization Gamaa Islameya to the Luxor governorship.

President Morsy’s intentions to become a dictator became clear just a few months after assuming office, when in November 2012 he granted himself unlimited power to legislate without judicial oversight or review of his acts.

President Obama: The United States, as the guardian of democracy in the world, has a responsibility to support and encourage the free will of the Egyptian people, rather than supporting a dictator and his militant Moslem Brotherhood.  As Americans of Egyptian heritage, we expect nothing less than that.