The Startup Act 2.0, a bipartisan bill introduced in the Senate (S.3217) last month and the House (H.R. 5893) yesterday, will undermine America’s most talented workers while failing to address the underlying problems of our failed immigration policy, charged the Federation for American Immigration Reform (FAIR). The legislation simply adds more visas on top of a bloated immigration system that is currently based on chain-migration.  America’s public interest would be better served by applying skilled-based criteria to our existing admission process rather than by piecemeal add-ons that do nothing to address fundamental problems. 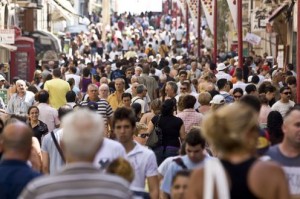 The bill would allow foreign students with degrees in science, technology, engineering and math (STEM) to remain in the United States for one year after graduation to compete for jobs with American graduates. Those foreign workers would be allowed to remain indefinitely as long as they are “engaged in a STEM field.” In addition, the legislation would also add new visas for foreign nationals who promise to start businesses in the U.S. However, Startup 2.0 would not alter the current immigration system which already brings about 1 million legal immigrants to this country each year, irrespective of their skills or education.

“Startup 2.0 is a solution in search of a problem,” observed Dan Stein, president of FAIR. “There is no shortage of workers already in our labor force who are ready, willing and able to perform jobs that STEM employers require. Bills like Startup 2.0, however, could create future shortages. Flooding our labor market with recent foreign STEM graduates, desperate to find and keep jobs in order to remain in the U.S., will further depress wages discouraging our own best and brightest from pursuing careers in these fields.”

The provision intended to encourage immigration of entrepreneurs is similarly flawed. Existing programs, such as the EB-5 visa program, which promised economic development and job creation, have been fraught with fraud and have not lived up to expectations.

Startup 2.0 and similar bills under consideration in Congress acknowledge a fundamental failing of U.S. immigration policy, while failing to correct the problem. “In FY 2011, the United States admitted 1,062,040 legal immigrants. Of those, only 66,831 were identified as ‘professionals with advanced degrees,'” Stein noted.

“True immigration reform would create a policy that allows us to selectively choose immigrants who are most likely to succeed in our country. Startup 2.0 does not meet that definition of true immigration reform,” Stein continued. “First, it leaves the failed policy of family chain migration in place. Second, it creates an overly broad admission policy for people who hold STEM degrees, or who profess to be entrepreneurs. Startup 2.0 would just create broad new categories of admission on top of a policy that is widely acknowledged as a failure.”