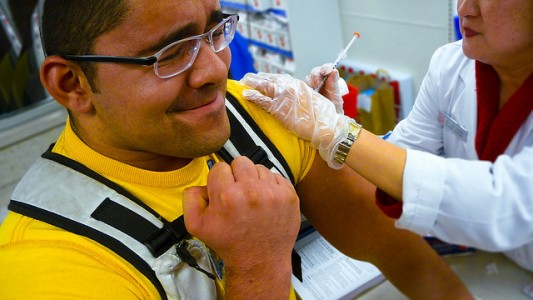 Catastrophic consequences of Obama’s open border policies are emerging throughout the country in the form of infectious diseases.

Enterovirus 68, a very rare strain of this virus, is spreading epidemically across the nation. Rarely seen above the southern border is endemic below it. Thousands of hospitalizations resulting from this contagion have been reported. Asthmatic children have been especially hit hard with this bug.

The CDC has been nearly dismissive concerning the potential threat of this pathogen and others that are coming in with the illegal masses. Administration officials have provided only lip service when approached on this subject.

An uptick in chicken pox, head lice, MRSA (methicillin resistant staph aureus), scabies and tuberculosis have been noted by border agents. Quarantine facilities are nil. Where they exist, the sick and healthy are separated by mere security tapes.

Unleashed into our cities and towns, these diseases could cause a pandemic resulting in levels of hospitalizations not manageable by the current system. Illegals are being seeded throughout the country while many states are not being forewarned of their presence.

Children from Central America have arrived by the tens of thousands and instead of deporting them, they are primarily being scattered across the nation guaranteeing these illnesses will reach our homes, schools and businesses.

Screening illegals as they cross the border for contagions has not been a priority of the CDC or the Administration. Physicians have not been put on the alert for the approaching pandemic. To make matters worse, more Ebola patients have been coming into the U.S. for treatment in numbers greater than we have been told. Yet silence is the only offering from those empowered to protect the nation.

Contagious diseases recognize no borders. As the tidal wave of immigrants move onto our soil invisible germs come with them. Chagas disease, dengue fever, malaria, measles and hepatitis are hitching rides on these newcomers.

From the uncommon cold virus to the esoteric breed of microscopic disaster no one will be spared the wrath of these cruel enemies.

Michelle Obama is worried what our children put in their stomachs. She has minimal regard for the contagions brought into the schools by her husband’s misdirected border polices.

What can we do? Stay up to date on recent developments surrounding cross border diseases. Keep in contact with local health departments and schools with consideration for outbreaks of rare and common ailments. With alacrity see your health provider quickly when symptomatic.

Pediatric, geriatric and immunocompromised populations are most vulnerable to contracting the array of diseases stated in this article. Lastly, the pandemics coming were completely set upon us by absurd federal policies. Vote right next time while we still have the right to vote.