In a new report, The Facts Hurt: A State-By-State Injury Prevention Policy Report, 24 states scored a five or lower on a set of 10 key indicators of steps states can take to prevent injuries.  Two states, California and New York, received the highest score of nine out of a possible 10, while two states scored the lowest, Montana and Ohio, with two out of 10.

The Facts Hurt report, released today by the Trust for America’s Health (TFAH) and the Robert Wood Johnson Foundation (RWJF), concludes that millions of injuries could be prevented each year if more states adopted additional research-based injury prevention policies, and if programs were fully implemented and enforced.

Overall, New Mexico has the highest rate of injury-related deaths in the United States, at a rate of 97.8 per 100,000 people, 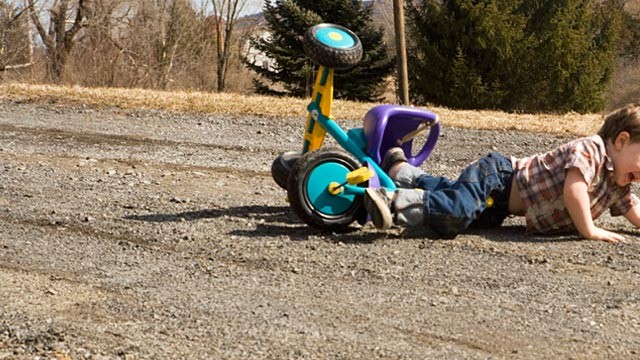 Approximately 50 million Americans are medically treated for injuries each year, and more than 2.8 million are hospitalized.  Nearly 12,000 children and teens die from injuries resulting from accidents each year and around 9.2 million are treated in emergency rooms.  Every year, injuries generate $406 billion in lifetime costs for medical care and lost productivity.

For The Facts Hurt report, TFAH and RWJF worked with a committee of top injury prevention experts from the Safe States Alliance and the Society for the Advancement of Violence and Injury Prevention (SAVIR) to develop a set of indicators of leading evidence-based strategies that have been shown to reduce injuries and save lives.  Some key findings include:

“There are proven, evidence-based strategies that can spare millions of Americans from injuries each year,” said Jeff Levi, Ph.D., Executive Director of TFAH.  “This report focuses on specific, scientifically supported steps we can take to make it easier for Americans to keep themselves and their families safer.”

The report found that many injury prevention activities have been scientifically shown to reduce harm and deaths, for instance:

The report also identified a set of emerging new injury threats, including a dramatic, fast rise in prescription drug abuse, concussions in school sports, bullying, crashes from texting while driving and an expected increase in the number in falls as the Baby Boomer generation ages.

“Seat belts, helmets, drunk driving laws and a range of other strong prevention policies and initiatives are reducing injury rates around the country,” said Amber Williams, Executive Director of the Safe States Alliance.  “However, we could dramatically bring down rates of injuries from motor vehicles, assaults, falls, fires and a range of other risks even more if more states adopted, enforced and implemented proven policies.  Lack of national capacity and funding are major barriers to states adopting these and other policies.”

“While tremendous progress has been made in preventing and treating injury, it remains a leading cause of death for people of all ages and the number one cause of death for children,” said Dr. Andrea Gielen, ScD, Past President, SAVIR, and Director, Johns Hopkins Center for Injury Research and Policy. “Texting while driving, the increasing numbers of falls in older adults, domestic violence and the astonishing rise in misuse of prescription drugs mean we need to redouble our efforts to make safety research and policy a national priority.”

The report also finds that funding for injury prevention for states from the U.S. Centers for Disease Control and Prevention (CDC) averages only $0.28 per American – and has dropped 24 percent from fiscal years 2006 to 2011 – and only 31 states have full-time injury and violence prevention directors, which limits injury prevention efforts.

The report was supported by a grant from the Robert Wood Johnson Foundation and is available on TFAH’s website at www.healthyamericans.org.

A full list of all of the indicators and scores, listed below, is available along with the full report on TFAH’s web site at www.healthyamericans.org and RWJF’s Web site at www.rwjf.org.  For the state-by-state scoring, states received one point for achieving an indicator or zero points if they did not achieve the indicator.  Zero is the lowest possible overall score, 10 is the highest.  The data for the indicators are from a number of sources, including:  the Governors Highway Safety Association; the American Academy of Pediatrics; Break the Cycle; the Network for Public Health Law; momsTeam.com; the Alliance of States with Prescription Drug Monitoring Programs; and the Agency for Healthcare Research and Quality.

Note: Rates include all injury deaths for all ages, for injuries caused by accidents and violence (intentional and unintentional) 1 = Highest rate of injury fatalities, 51 = lowest rate of injury fatalities. Rankings are based on combining three years of data (2007-2009) from the U.S. Centers for Disease Control and Prevention’s Web-based Injury Statistics Query and Reporting System to “stabilize” data for comparison purposes.  The data are age-adjusted using the year 2000 to standardize the data.  This methodology, recommended by the CDC, compensates for any potential anomalies or usual changes due to the specific sample in any given year in any given state.  The numbers are based on how many deaths per 100,000 people.