The theme for WCF VI in Madrid, Spain (May 25-27) is “Marriage and Family, Future of Society.” This theme reflects that there is no greater social indicator for the future success of our civilization than the strength of natural marriage and natural families in society.  For example, decades of research indicates that natural marriage can reduce rates of poverty by over 80%. 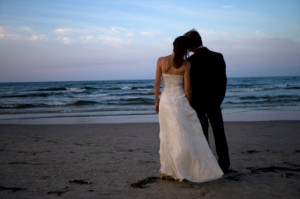 “We had no idea when we began planning our sixth Congress over two years ago that it would come on the heels of an announcement by a U.S. president that he supports homosexual ‘marriage,’ based on spurious claims of equality and ignoring the Universal Declaration of Human Rights and the rights of children to be raised by their biological mothers and fathers,” said Larry Jacobs, World Congress of Families Managing Director.

In many ways, the timing is providential, Jacobs observed: “The Congress will open in Spain almost two weeks to the day after President Obama announced his repudiation of the natural family.  Spain’s civil society and economy is still recovering from many years of a socialist government, led by Zapatero, who forced the legalization of same-sex marriage and abortion on the Spanish people despite overwhelmingly public opposition.  Just as our radical opponents have lobbied and organized to make their voice heard, advocates for the natural family must continue to organize internationally and speak out against radical LGBT and feminist injustice against children and families.”

Speakers at the three-day Congress will include Cardinal Ennio Antonelli (President of the Pontifical Council on the Family) on “The Natural Family and the Revolution Against the Family,” Rabbi Moshe Bendahan (Chief Rabbi of Spain) on “Family, the Future of Society,” Erich W. Kopischke (Elder of the Church of Jesus Christ of Latter-Day Saints) on “The Value of the Natural Family,” Fr. Philaret Bulekov (delivering a message from Metropolitan Hilarion Alfeyev of the Russian Orthodox Church) and Dr. Paige Patterson (President of the Southwestern Baptist Theological Seminary).

Speeches by social scientists, authors, physicians and officeholders will touch on such varied topics as: the worldwide decline in fertility, how government policies impact on the family, the family and international law, contraception vs. natural family planning, the health effects of promiscuity and infidelity, family economics and social capital, rediscovering the role of homemaker, the culture of life versus the culture of death, fighting for freedom to educate, the social cost of pornography and sexual slavery, and family-friendly entertainment.

A plenary session on The Homosexual Lobby will include addresses on: “Solutions to Homosexual Behavior,” “Violation of Rights of Conscience Today,” “Effects of Social Experimentation and Same-Sex Adoption,” and “Hate Speech Laws and Anti-Discrimination Measures to Marginalize Believers.”

“Just as the movement to de-construct marriage and the natural family are international in scope, so too must be our response,” Jacobs declared. “World Congress of Families is uniting individuals across diverse faiths and cultures in support of institutions which serve as the bedrock of civilization.  Article 16 (3) of the United Nations Universal Declaration of Human Rights (UDHR ratified by all nations in 1948) states that, “The family is the natural and fundamental group unit of society and is entitled to protection by society and the State.”

Delegates, including Pro-family leaders, scholars and activists from over 60 nations, are expected to attend the Madrid Congress. Previous World Congresses of Families have been held in Prague (1997), Geneva (1999), Mexico City (2004), Warsaw (20070 and Amsterdam (2009). World Congress of Families VII is scheduled for Sydney, Australia in 2013.