New Avon LLC (“Avon”), the social selling company that has empowered women for over a century, announced the launch of a bold new advertising campaign – “This is Boss Life” – which celebrates the flexibility, freedom and financial opportunity of becoming an Avon Representative. Designed to drive Representative recruitment and ignite passion for the Avon brand, “This is Boss Life” will run on national broadcast, digital, print and radio media in the U.S. beginning in  October.

“As an iconic American brand with a 130 year history of empowering women, we arguably have inspired more female entrepreneurs than any other company in history. Every Avon Representative has a unique story of how they are finding success as their own boss,” said Scott White, Chief Executive Officer, New Avon LLC. “We have the right tools and support to help them build a successful social selling beauty business. The ‘This is Boss Life’ campaign spotlights that there is nothing more beautiful than succeeding on your own  terms.”

The television campaign encourages audiences to take a step beyond their typical 9-to-5 work life and say hello to a new kind of life where they are the boss. The campaign heroine is a passionate woman, stuck in a passionless job – until she discovers a brand new life as an Avon Representative. The music video-style commercial is set to the energetic, well-known female anthem, “I Will Survive.” The re-imagined lyrics include such affirmative statements as “I should have done this years ago/I should have broken free/If I’d known for just one second I could be the boss of me” and “Oh as long as I’ve got Avon and the newest shade of gloss/I’ve got passion, can’t you see?/‘Cause my future’s up to me/Yeah, I’m a  Boss.”

In the print advertising, Avon Representatives are at the center of the campaign to inspire new recruits through their real-life stories of success. The ads  feature:

The campaign was created in partnership with female-owned advertising agency TERRI & SANDY. “Avon has been enabling women to gain financial security since 1886, 34 years before women had won the right to vote,” said Terri Meyer, Co-Founder. “We wanted to leverage what’s already in the brand’s DNA – strong, confident, and successful female entrepreneurs, and showcase the flexible earnings opportunity that Avon makes possible.” Horizon Media led the media planning and  buying.

Avon’s new campaign debuted to thousands of Representatives across the U.S. in a Facebook event hosted by President, Social Selling for New Avon LLC, Betty Palm on October 6. The :60 second digital, and :30 broadcast and radio ads began airing on October 7, and print ads will be seen in November and December issues of women’s magazines. Avon’s social and digital channels will be extending the “This is Boss Life” campaign message with custom social media filters, YouTube videos and  more.

Those interested in living the Avon Boss Life can learn more on the Avon Blog and sign up at  sellavon.com.

About New Avon  LLC
New Avon LLC (“Avon”) is the leading social selling beauty company in North America. The company generated over $1 billion in revenues during 2015, and has nearly 400,000 independent sales Representatives in the United States, Puerto Rico and Canada. Avon’s product portfolio includes award-winning skincare, color cosmetics, fragrance and personal care products, featuring iconic brands such as Anew, Avon Color, Mark, and Skin So Soft, as well as fashion and accessories. Avon has a 130 year history of empowering women through economic opportunity, and the company also proudly supports the Avon Foundation for Women in its efforts to end breast cancer and domestic violence. Learn more about New Avon and its products at w ww.avon.com.

About Horizon  Media
Horizon Media, Inc. is the largest and fastest growing privately held media services agency in the world. The company was founded in 1989, is headquartered in New York and has offices in Los Angeles, San Diego, and Chicago. Horizon Media was chosen as 2011 Independent Media Agency of the Year by Mediapost, 2010 U.S. Media Agency of the Year by Adweek, Brandweek, and Mediaweek as well as by Ad Age and as one of the world’s ten most innovative marketing and advertising companies by Fast Company in 2011. The company’s mission is “To create the most meaningful brand connections within the lives of people everywhere.” By delivering on this mission through a holistic approach to brand marketing, Horizon Media has become one of the largest and fastest-growing media agencies in the industry, with estimated billings of over $6.5 billion and over 1,400 employees. For more information visit  www.horizonmedia.com.

“This is Boss Life” television campaign 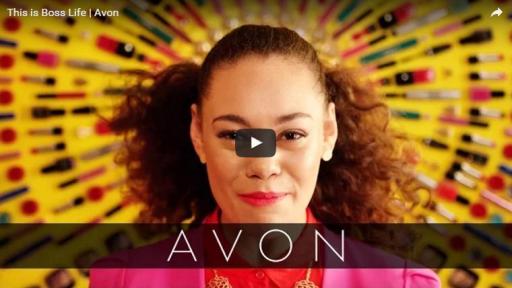 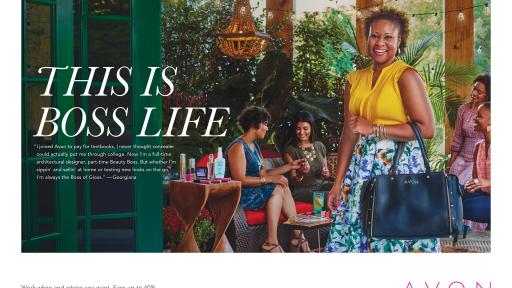 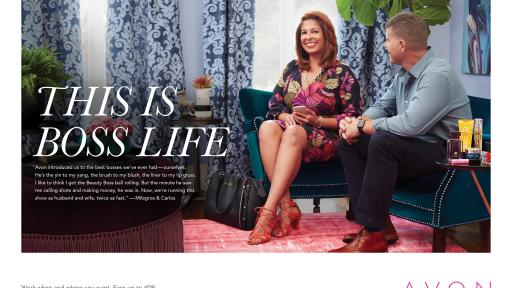