On a recent Price of Business, USDR Publisher and show host, Kevin Price interviewed James Phillips of the Heritage Foundation on the rising Iranian threat to world safety and the entire flow of energy.  In no uncertain terms, the US is threatened by the events in the Middle East.  The Price of Business airs Monday through Friday at 8 pm cst at 1070knth.com. According to its website:

James Phillips is the Senior Research Fellow for Middle Eastern Affairs at the Douglas and Sarah Allison Center for Foreign Policy Studies at The Heritage Foundation. He has written extensively on Middle Eastern issues and international terrorism since 1978. 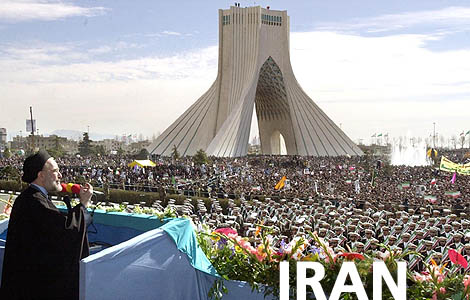 Phillips wrote papers that predicted the Soviet intervention in Afghanistan, the Soviet defeat there, and the dangers arising from U.S. withdrawal from engagement in that country, which contributed to the rise of the Taliban and the export of terrorism and Islamic radicalism. In 2000, he called for a comprehensive U.S. policy to support the Afghan opposition and overthrow the ultra-radical Taliban regime, rather than narrowly focusing on Osama bin Laden, who was then based in Afghanistan . Since the Sept. 11 attacks, he has written extensively on the global war against terrorism and its implications for U.S. policy in the Middle East .

WATCH THAT INTERVIEW IN ITS ENTIRETY HERE.