Editor’s Note: We seem to have worldwide violence being coordinated through out the world.  Some of it is for positive change as in the Middle East, while others seem designed for little more than creating mayhem, as in the UK.  Then there are untold stories of random violence in the inner city, such as in Cleveland, Ohio.  The question everyone is asking is what the link, if any between social networking and these events.  Mark Milian probed this topic in a recent column at CNN.com:

This summer Cleveland Mayor Frank Jackson has wrestled with one of his biggest challenges since taking office five years ago.

Worried that flash mob violence would overrun city streets as it had elsewhere, the Cleveland City Council unanimously passed legislation that would criminalize the use of Facebook, Twitter and other social media for assembling unruly crowds or encouraging people to commit a crime.

But Jackson, after consulting with advisers, defied the council and vetoed the ordinance — his first use of that power as mayor.

“It’s very difficult to enforce something that’s unconstitutional,” Jackson said in an interview with CNN. “To make a criminal activity of just having a conversation, whether some acts of criminal activity are associated with it or not, it goes beyond reason.”

Jackson suggested that the “emergency measure,” as it was described in official records, was perhaps fueled more by… (read more 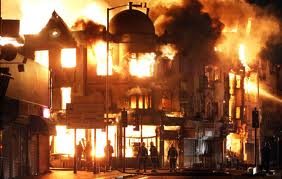