Investors claim to profit in Ukraine, said Ukrainian First Vice Prime Minister Valeriy Khoroshkovskyi in an interview with the Polish news agency PAP. Ukrainian official said that the incoming investments would be protected and profitable. “I am certain Ukraine can help EU recover from the economic crisis,” stated Khoroshkovskyi.

He noted that the reforms Ukraine was recently implementing brought the country closer to the EU standards, creating favorable investment conditions. Among the most recent changes Khoroshkovskyi listed the adoption of judicial reform, criminal and customs codes, as well as changes in energy legislation. 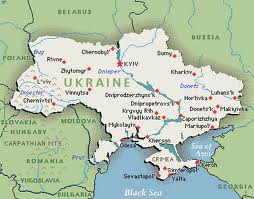 Among the highlights of the judicial reform were the salary increases for the judges, the limitation of the duration of the court proceedings, and the introduction of random assigning of a case to a judge.

New criminal code provides for equal opportunities for each party in the criminal proceedings. The result of the proceedings should now be based on the principle of competitiveness. The new legal document broadens investigation opportunities and ensures proceedings are not delayed.

Reform in customs provides for faster and more transparent customs operations. New customs code introduces the right of entities involved in foreign economic activities to be subjected to customs processing at any customs body. Now the customs authorities face several limitations that include the enforcement of the time limit to perform customs control procedure, prohibition to confiscate goods and vehicles, as well as absence of the right to execute court rulings independently.

As for energy legislation, Ukraine changed legal regulations of natural gas and crude oil extraction, transportation, refinement, and sale. These functions now have to be performed by separate, financially and legally independent companies. This reflects the norms of the European Union Directive N2003/55.

Such major international companies as Chevron and Exxon Mobil intend to invest in gas production in Ukraine. Accommodating investors’ interest, the government exempted companies producing shale gas in the country from import tax on equipment and export duty.