By NYSCOF, Special for USDR.

Fluoride is one of 213 known brain-toxic chemicals that may lower the intelligence of generations of children, reports renowned physician and 30-year brain researcher, Dr. Phillipe Grandjean in his new book, “Only One Chance: How Environmental Pollution Impairs Brain Development,” reports the New York State Coalition Opposed to Fluoridation, Inc. (NYSCOF)

EPA lists fluoride as having “Substantial Evidence of Developmental Neurotoxicity.”

Fluoride, never safety-tested in humans for brain or many other health effects, is an unapproved drug says the FDA. Yet, physicians and dentists routinely prescribe fluoride supplements and endorse fluoridated water as a cavity-preventive. 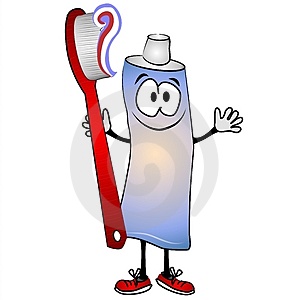 Vested interests caused decades to pass before children were protected from the brain-damaging effects of lead exposure reported in the literature. We unnecessarily lost a generation to lead-induced brain damage, reports Grandjean.

When Grandjean’s research team published a careful review of studies (meta-analysis) linking fluoride to children’s lower IQ, worried fluoridation promoters and regulators immediately and incorrectly claimed that only excessive exposures are toxic, the effect is insignificant, decades of fluoridation would have revealed brain deficits (although nobody looked, yet), and that it was probably lead and arsenic that lowered IQ.  Example here.

“When such a misleading fuselage is aimed at the authors of a careful meta-analysis of 27 different studies, what would it take to convince critics like that,” asks Grandjean.

Another respected researcher, whose experiments revealed fluoride clearly is brain damaging, was fired because she “was jeopardizing the financial support of [the] entire institution [Forsyth],” writes Grandjean (See: The Fluoride Deception, Chapter 1).

Grandjean was part of a WHO International Program of Chemical Safety. Most committee members promoted fluoride’s beneficial effects but curtailed any mention of fluoride’s toxic effects in the draft report.

Grandjean writes, “as I was considered part of the secretariat I had no vote and my views were not allowed in the final document.  Realizing that I had been taken hostage, I had to disengage from this report.”

Attorney Paul Beeber, NYSCOF President says, “Fluoride has powerful, influential and rich defenders. It’s up to the rest of us to protect children by demanding that unnecessary and ineffective brain-draining fluoride chemicals cease being added to public water supplies. Call your elected officials today and tell them you want fluoridation stopped where you live. Our children are victimized guinea pigs in this on-going experiment. It must end.” Find your legislators here.